Breathing: ­Connecting to the Creator

Proper breathing should be long and deep, giving us everything our body, mind and soul need. Shortness of breath is one of the most widespread ills of modern society—but health is just a yawn away!

Who lives the longest? He who breathes the slowest and deepest. Breathing correctly strengthens our powers of resistance and general life strength, as well as our joie de vivre! But shallow, flat breathing deprives the body of what it most fundamentally needs—the vitality that comes from our sun: prana.1 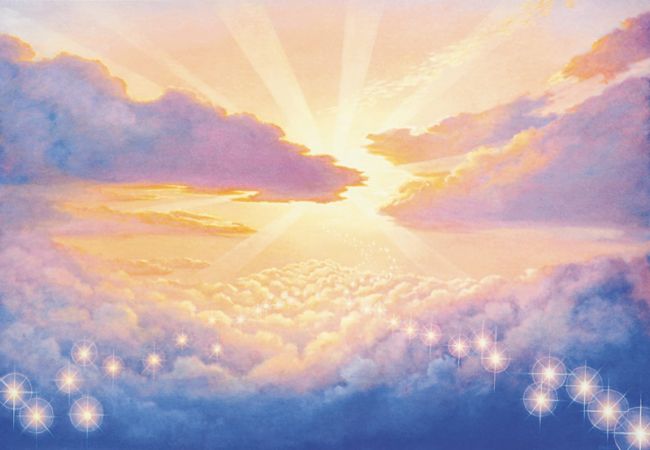 Prana, God’s life essence, comes from the sun and saturates the air we breathe. These are etheric ‘vitality globules’, which are coupled with oxygen. This is why we can go weeks without food, or days without water, but only minutes without breathing.

So you could also say that the secret of life is in breathing. But take heed: this secret is not the air itself, but one of the elements that surpasses it—fire! A fire that makes the heart beat; the divine fire with­­in man sustained by the bellows of the lungs, which continually pump oxygen in. Shallow, insufficient breathing means that your heart flame will diminish to a mere glimmer and you will no longer be able to raise a fever (fever arises from the dilation of this heart flame, which warms the blood and burns away viruses). You will be­­come tired increasingly quickly, and, in time, start to feel exhausted. Ameri­can researchers have recently discovered that 45 minutes of deep breathing every day renders anti-depressants unnecessary! That is to say, a depressed person can brighten up his mood—by gradually in­­creasing his deep breathing to 45 minutes of long, deep, full breaths—to such an extent that he is able to do without the ‘mood-enhancing’ methods of the pharmaceutical industry.

The possibilities afforded by correct, aware, deep breathing even go so far as to influence one’s spiritual power, self-control, morality, physical, and even spiritual growth.
Conversely, months and years of short breaths can dampen characteristics such as sacrifice or goodness of heart. People who breathe deeply have no fear: it is im­­possible to be fearful and breathe deeply at the same time! Try it out.

Anger and worry inevitably lead to compressed and superficial breathing, which in turn does not supply the brain sufficiently. These days, this can commonly be seen in ‘exam stress.’ The examinee should resolve to lean back now and again, breathe deeply in and out in a relaxed manner, holding the breath in their lungs for a ­couple of seconds. This gives the blood time to recharge with everything that the divine prana wants to give it, and the mind becomes much clearer and can recall in­for­­­mation with little effort. Creativity is not possible in people who take shallow breaths; neither is the utmost effort of will. The German expression “to have a long breath” means having the stamina to reach one’s goal. All great people, all true creators, breathe deeply.

People suffering from shortness of breath are, as a rule, restless, and suffer from a lack of concentration, from whirling thoughts and a hurried nature. Full, deep breathing always has a cosmic rhythm and brings us into harmony with the entire universe.

The word ‘prana’ comes from the Sanskrit and means ‘principle of life’ or ‘breath of life’. In occult science, it is un­derstood to be the fiery energy that radiates from the centre of the sun and directly stimulates and warms all evolutionary kingdoms in the solar system. H.K. Iranschähr writes in his book Der geheimnis­volle Lebensbaum (English: The Mysterious Tree of Life) that the etheric body of each person contains exactly as much prana as it needs i.e. is able to assimilate. Prana flows in through the energy centre between the shoulder bla­des, the centre above the solar plex­us and the chakra of the spleen: the entire etheric body is penetrated by the pranic force through these centres. Only then will it flow into the physical body through the spleen chakra. Iranschähr: “The ray of prana has a constructive and strengthening effect; it encourages cell growth, sets the atoms in motion and thus serves to protect the form of the material. It is this pranic life flow which keeps the human body healthy and vital. From it comes the magnetic healing power of people. Maintaining total health and healing diseases through magnetism is based on the recognition and correct use of this stimulatory power of the sun.”

The Rosicrucian Max Heindel wrote that after prana has been absorbed by the spleen, it takes on a pale pink colour and spreads through all the nerves of the corpo­real body. C.W. Leadbeater wrote in his work The Chakras about the power of prana: “…it enters the atom from within along with the force that holds that atom together, instead of acting upon it entirely from without, as do those other varieties of force which we call light, heat or electricity.” Leadbeater then goes on to specify: “…the Solar Logos wills a certain shape which we call an ultimate physical atom, and by that effort of His will some fourteen thousand million ‘bubbles’ in Koilon are held in that particular form […] the bubbles of which the atom is built are themselves only holes in Koilon, the true ether of space. So it is the will-force of the Solar Logos continually exercised which holds the atom together as such [...]

When vitality wells up thus within an atom it endows it with an additional life, and gives it a power of attraction so that it immediately draws round it six other atoms which it arranges in a definite form, thus making a sub-atomic or hyper-meta-proto-element, as I have already explained [a vitality globule] […] These globules are conspicuous above all others which may be seen floating in the atmosphere, on ac­count of their brilliance and extreme activity—the intensely vivid life which they show. In brilliant sunshine this vitality is constantly welling up afresh, and the globules are generated with great rapidity and in incredible numbers, but in cloudy weather there is a great diminution in the number of globules formed, and during the night, so far as we have been able to see, the operation is entirely suspended.”
This gives us an idea of the importance of the sun’s warmth and sunlight in terms of health and the healing arts! There is a good reason why the masters of the east consider conscious deep breathing very important and of healing power—for it is through breathing that we bring the life energy of the sun into ourselves.

All the chemical elements that man requires are contained in a higher, spiritual form in the prana of the air we breathe. This is no summons to live on air and love alone (although it is interesting to note that those in love seem to do so wonderfully), but a request to take some time each day to go for a walk in fresh air and consciously perform one of the breathing exercises listed at the end of this article—and thus also become aware that we can breathe in all the existing good elements and characteristics.
Some illnesses therefore have their root in the disruption of the etheric body, be­­cause the physical body is robbed of the healing power of prana.

End of extract „Breathing: ­Connecting to the Creator“

In the complete text, learn what Bulgarian sage Omraam Michael Aïvanhov has to say about the spiritual significance of the lungs and respiration. Discover the right way to breathe in order to make the spiritual aspects of the air your own. This includes special breathing exercises as well as knowledge of ‘rhythmic breathing’.

Find the full article in our Facts are Facts print edition no.12