Magnesium: Arthritis and Osteoporosis can be Healed!

We are currently experiencing a serious and widespread magnesium deficiency. Depleted soil is not least to blame, as it only produces vegetables and grains that are low in this essential mineral. Yet magnesium is vital for our well-being: not only can it heal “incurable” diseases such as arthritis, but we also need it for healthy cell division. Too little magnesium means degenerated cells—in other words, cancer. 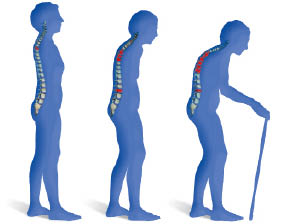 It was during the Second World War—more specifically during the “Anbauschlacht”,1 in which the Swiss would use even the smallest plots of land to plant potatoes, vegetables and grains—that I learned how important magnesium is for people, animal and plants. At that time, my father used to buy dolomite chalk as a source of the mineral—even back then it was an anti-cancer agent of the highest order. The local farmers, however, all fertilised their crops with an unbalanced mix of nitrogen, phosphate and potassium because magnesium and trace elements were still widely unknown by them. It was only a few “oddballs”, laughed at by the majority, who played around with trace elements and little soil-dwelling creatures. Even at that time, people acted by the guiding principle to get as much out of the ground as possible. Within a year, our humble garden had become a real novelty for many of the country-women: our tomatoes, zucchini, beet, Swiss chard, black salsify, melon, cucumber, gherkins, chilli peppers, endives, radish, horseradish, black parsnips, shallots, yellow chard, parsley root, sugar peas, artichokes and cardons (or thistles) were unknown to most people. It required a lot of persuading before the farmers’ wives—and then, much later, the farmers and farmhands—acquired a taste for these new types of vegetables. This little anecdote is a fine example: when the farmers’ wives proudly delivered their Swiss chard to a company of soldiers stationed in the village in the shape of a cheese chard gratin, the soldiers refused to eat the “pig food” and ordered cutlets from their landlord. Only the officers consumed their portion.

The important role of magnesium for people, plants, and animals is, however, widely known today. A clear deficiency in plants shows us that this important element has been lacking for some time and each plant exhibits its lack of magnesium differently. When grapevines, for example, suffer an acute deficiency, the chlorophyll level depletes in such a way that the leaf surface turns a yellowish hue and develops a few red reddish stripes. Only a green strip about four millimetres in width remains along both sides of the nerves. (If there is also a lack of iron, this strip decreases to one to two millimetres and becomes a deep lush green.) At this stage, treatment with magnesium is still possible, but it will no longer have a decisive effect on the quality of the ripening grapes. That said, treatment is still worthwhile to help the wood mature and improve resistance to frost. Magnesium strengthens the plants’ immune systems and protects them against disease and parasites; it stabilises shoots and blades (in grains) and makes all parts of the plant suppler. Cut flowers last better, and fruit and vegetables stay fresh longer.

The mineral has a similar effect in people and animals: it strengthens neural pathways, makes them more elastic and keeps us more relaxed. Children who have enough magnesium in their system are much calmer, less aggressive, sleep better, and are generally more sociable. Teaching staff and pupils are considerably more relaxed thanks to sufficient levels of the nutrient, while adults’ bloodstreams stay supple and do not turn into brittle sticks of spaghetti.

From the Wheelchair to Central Park 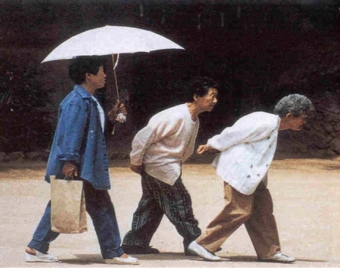 Let me give you an example: My sister-in-law Trude in New York has suffered from polyarthritis for twenty years, fourteen of which she has spent in a wheelchair enduring almost unbearable pain. Her hands were crippled; her ankles plagued by calcium deposits two-centimetres thick. She was no longer able to eat or walk by herself. During a ten-minute phone call she would scream out from the pain at least two or three times. Morphine and other pain relief methods stopped helping, and at night she was only able to sleep for short intervals lasting ten minutes at the most. Her heart was severely damaged by injections of gold that were used to treat the condition. Her daily medication consisted of thirty-two (!) different tablets and capsules, which she was able to put into her mouth using a slider and two hands, drinking water from a tube. Three people looked after her around the clock. In January 2006 I advised her to take magnesium chloride (a form of magnesium extracted by evaporating sea water): 33 grams in a litre of water in a glass bottle. She was supposed to drink twenty millilitres from it before breakfast. If she was able to tolerate that dosage, she was to take half of it again in the evening after one week of using it.

In late May 2006 she called me and reported that the ganglia on her finger joints had receded, but that the pain had only abated slightly. At this point I recommended that she now take Vitamin B1 and B6 (fat-soluble if possible): 100 mg four times a day on the first day, 100 mg three times a day on the second, 100 mg twice a day on the third and then a 100 mg tablet every day thereafter for ten days. I advised her to come off all other medication from then on, as the majority of these were only useful for suppressing the side effects caused by the other medication and her stomach would not be able to cope with the 32 tablets.

Four days later she called again and reported that she had been unable to find any fat-soluble Vitamin B1. She had, however, taken the normal water-soluble product, which she was unable to tolerate very well as it irritated her damaged stomach. The good news, though, was that the pain had disappeared and she was able to walk again! “I put the crutches in a corner and folded up the wheelchair. And the best thing is: I baked an apple strudel!” she explained happily—she’s from Vienna—“including all the bits and pieces like peeling the apple, making and rolling out the dough, and stretching it out in the air to a thin shape! I stopped taking all the medication—except one for stomach problems. I feel terrific—except for a bit of stomach trouble!”

Asked whether she had used her experience as a former nurse to study the side effects of the one remaining product, she then volunteered to do so and looked at the packet insert: ‘can cause stomach complaints’! After a few weeks, Trude was going for walks almost every day in Central Park. In the meantime she had found a fat-soluble Vitamin B1 and was taking one tablet in the morning and another six hours later. In August 2006—seven months after starting the magnesium chloride treatment—she called and reported a new achievement: “Hans, today I signed a cheque for the first time in twenty years. Out of pure joy I filled a whole sheet with signatures!” She had suffered so severely from tremor senilis (senile tremors) and pain that writing had no longer been possible. Yet by using the fat-soluble Vitamin B1, she had stopped the tremors and the pain without side effects.

Today Trude is still going for almost daily walks in Central Park, does her own shopping and housework and only has to take pain relief in exceptional cases.

You can order natural, high-quality magnesium chloride directly from us. For more information, please e-mail us at info@facts-are-facts.com. You can find out more about the effects of magnesium here: Magnesium: The success stories

End of extract „Magnesium: Arthritis and Osteoporosis can be Healed!“

A number of field reports has substantiated that magnesium chloride really can help osteoporosis, spinal disc wastage, gallbladder, kidney and bladder stones and many other complaints – we describe how. We also explain how most people, despite brittle nails and hair, are not actually suffering from a calcium deficiency, but a lack of magnesium – calcium’s natural “partner” or antagonist. The text also illustrates the relationship between a magnesium deficiency and cancer. Fortunately, you can easily supplement the body with the magnesium it lacks – and we tell you how. Find the full article in Facts are Facts print edition no.6.

Read here just a few of the success stories sent in by readers who felt the benefits for themselves, and remind yourselves of the essential functions peformed by magnesium in the body: Magnesium: Arthritis and Osteoporosis can be Healed!