Image Streaming: Films in the Language of God

What sets a genius apart? How can we communicate with our Higher Self? There is a simple method that brings us closer to God and increases our intelligence!

Are you an Einstein? Of course not, you answer. But that’s not true. A genius is sleeping within you—you just need to wake it up!

Did you know that Albert Einstein’s older siblings thought that he was mentally re­­tarded when he was a child? This was partly due to his dyslexia, which gave him a lot of trouble with reading and speaking. One of Einstein’s teachers is supposed to have remarked (according to his sister Maja), “nothing will ever come of that child”. Einstein was later expelled from High School and failed the entrance exam to the Swiss Polytechni­­­cal School in Zurich. When he fi­nally just barely finished his degree, he was unable to land an academic position or get a recommendation from his professors. In the end he was forced to take the humble position of ‘third-class technical expert’ at the patent office in Bern. 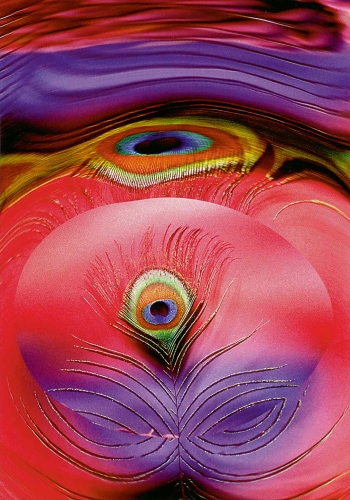 But then, out of the blue, at the age of 26, Einstein published his Special Theory of Relativity in 1905, for which he would re­­ceive the Nobel Prize sixteen years later.
The story of Thomas Edison, probably the most famous in­­ventor of all time, is remarkably similar: “My father thought I was ­stupid,” Edison remembers, “and I almost decided I must be a dunce.”

So how does one become a brilliant thinker? To answer this question, we must look at the circumstances in which many of the greatest discoveries of mankind were made.
For example, the sewing machine: in­­ventor Elias Howe had long and stubbornly worked on the invention of a sewing ma­­chine, without success. One night he had a terrible dream: he was running from a tribe of cannibals that came so close to him that he could see the points of their spears gleaming. Every spear point had a hole in it and the holes looked just like the holes in sewing needles. In that moment, Howe awoke, gasping—and realised what he had just seen: in order for his sewing machine to work, the eye of the needle needed to be displaced from the end to the tip. And so the sewing machine was born.

Something similar befell the German chemist Friedrich August Kekulé. He had been sitting in front of his chemical formulas the entire day, in vain. The structure of the Benzene molecule was giving him an especially hard time; he just couldn’t understand it. As he stared sullenly into the fireplace, he slipped into a kind of half-sleep and suddenly saw fantastic contours and forms in the fire: “The atoms danced before my eyes,” he wrote. “Long rows all moving, winding and turning like snakes.”

Kekulé awoke from his dream state with a start. “And what was that? One of the snakes seized its own tail and the image whirled mockingly before my eyes. I woke up as if struck by lightning.” The chemist recognised that in that moment his unconscious had given him the key to the structure of the benzene molecule. Shortly afterwards, in 1865, he announced that the benzene molecule was formed by a closed hexagonal ring made of six carbon atoms—just like the fiery snake-rings from his vision.

Experiences like these are not isolated incidents. They prove that solutions to problems, presented in images, ‘come to us’—solutions that we would never have thought of with our conscious intellect.

We Don’t Really Ever Forget ­Anything

Dr. Win Wenger has worked on methods to accelerate learning and increase intelligence for almost four decades. His conclusion: we are all much, much ‘brighter’ than we think. The US American and author of almost 50 books has developed a simple technique to bring out the genius in each of us. It is so successful because it enables us to pay better attention to the inner direction of our own di­­vine pre­sence. This technique is called Image Streaming and with it, we become aware of the inner images that take shape in our heads.

Win Wenger: “During one seminar on this topic, I asked the participants to pair up and describe to their partner what images came before their inner eye. It’s important to describe every image, no matter how vague, trivial, or enigmatic it may seem. One participant, let’s call him Bob, had an especially hard time with this because every time he shut his eyes, the clear image of an old car tyre came up. But instead of telling his partner this, Bob tried to shut the tyre out of his mind. He didn’t want to believe that that was what he was ‘supposed’ to see.”
“I kept telling my partner that I wasn’t seeing anything yet,” Bob later admitted, “and I kept trying to see something else.” Finally, he forked up the old tyre that kept appearing. As soon as he described it, he realised something: he recognised this tyre. It was the rear right tyre from his fiancée’s car. Then the queasy feeling came over him that something wasn’t right with it. He left the seminar and hurried to the telephone to call her. “I got her father, who went right out to check the tyre. He saw that it was damaged on one side and was almost torn.” If the tyre had burst during the next drive on a freeway, everyone in the car could have died.

“This man’s experience is worth noting, not be­­cause it’s unusual, but because it’s typical,” writes Win Wenger in his book, The Einstein Factor. “Our unconscious produces streams of images, ideas, and subtle realisations almost 24 hours a day, many of which are in­­sights and premonitions, most of them just as vitally important as Bob’s. And we—just like Bob—usually don’t pay them any attention, but repress them. Day after day and year after year, most people repress their most profound in­sights without even knowing it. More than any other factor, this defensive reflex—which I call “the repressor”—keeps us from reaching our full mental potential.”

Winston Churchill once sarcastically commented: “Most people stumble over the truth now and then, but they usually manage to pick themselves up and go on anyway.”

The latest scientific findings indicate that even subtle perceptions that we suppress are not lost, but 100% remain in our memory (see box on pg. 36). Our mind can take in far more impressions that we can process with our conscious attention. We have the potential to remember everything. But most memories are buried so deeply in the unconscious that psychologists can only call them out with hypnosis. Hypnosis in­­volves a risk, however, because the hypnotist is given great power over others. With Image Streaming, we are also able to dive into the deeper layers of the unconscious while simultaneously remaining completely aware.

Image Streaming is possibly the greatest key to unlock the potential of our right brains. “Genius seems to be linked to the intensity of our unconscious images,” wri­tes Win Wenger. Einstein believed it was possible to induce brilliant thoughts by ­letting the imagination flow freely, unimpeded by traditional inhibitions. The Special Theory of Relativity first took shape as an image in the brain of a sixteen-year old Einstein as he imagined what it would be like to run next to a ray of light.

Einstein said of himself that he didn’t think in words or mathematical formulas, but mostly in images and feelings. “Invention is not the outcome of logical thinking, even though the final result is expressed using a logical structure.” In other words: only when the creative process originating in the right brain is completed does the left brain engage and clothe the new realisation in logically comprehen­sible thoughts or empirically check it. The analytical intellect should not immediately judge and repress the images streaming through the right brain.

This is how the English inventor Michael Faraday worked. His theory of electromagnetic fields and lines of force is one of the milestones of scientific history. Although Faraday was one of the most influential scientists in history, he had little know­ledge of mathematics. His findings were not born in formulas and geometrical figures, but ra­­ther from dreamy observation of a rainbow in the middle of a roaring waterfall.

A frustrated scientist who was trying to reconstruct Faraday’s scientific thought process from his diaries was shocked to realise that almost every page was filled with stream of consciousness drawings. The unhappy scholar had to finally admit “that these were these missing patterns that showed how Faraday thought (…)—Faraday didn’t need to understand things right away; he simply recorded the thoughts that came to him. The connection between the ideas was not forced through a pre-set frame­­­work, but was rather allowed when it appeared by itself out of the chaos of his thoughts.”

This is why so few really ground­­­breaking new solutions come from so-called “experts”. They are, mostly, much too sophisticated. As soon as an unconventional thought comes into their consciousness, it is repressed by the analytical left brain or is discarded as impossible craziness.

Of course, this ‘repressor’ is, in many cases, useful. After all, we all have to be able to pursue certain current activities with total concentration without being regularly ­di­­­s­­­tracted by inner pictures—for example, when driving a car. So, in order to find the ‘Einstein factor’ within, we must find a balance between repressing and image-streaming. We should be able to determine for ourselves when we want to have access to clear and living images and associations and when we don’t. Image Streaming can bring us something invaluable in this endeavour.

The technique developed by Win Wenger opens the mind for a river of symbolic images that are just as powerful and striking as dream images. But in contrast to dreams, we can practise such image streams in total consciousness. “Ten minutes of Image Streaming every day are enough to effect a profound, positive change in your life,” promises Win Wenger. A study with US American students showed, for example, that IQ increased a whole point for every 80 minutes spent practising (40 IQ points after 50 hours).

It is much more important, however, that we re-learn to pay attention to the inspirations of the divine presence within. This makes it possible for us, at the very least, to achieve our true (God-given) dream for this life. And only therein will we find true happiness.

End of extract „Image Streaming: Films in the Language of God“

We tell you exactly what you need to do to make contact with your own Image Stream, and even be able to ask it questions. Apart from that, we introduce powerful breathing exercises which won’t just help you with Image Streaming – and we explain why oxygen is so important to get the brain firing on all cylinders. And just as an afterthought… find out the important difference between the ancient Socratic method and the ‘applied education’ found in every school today. You can read the complete article in our Facts are Facts print edition no.10.

Brain Halves - Their interplay holds the key to inspiration and an enhanced memory: The Yin and Yang in our Heads