Patents: Taking ­Control of Life Itself

Genes, plants, animals, even human sperm and eggs—­patenting life is big business. Nothing and nobody is to be spared and only grassroots resistance can stop this ­shocking legalised practice.

“I think it’s criminal. They’ve got patents completely wrong. Patents are for inventions, not discoveries. These days, Newton would have a patent on gravity.”1 This is no environmentalist or human rights activist talking, but Erwin Chargaff—the “father of genetic research”—and he ought to know: in the 1950s, he was the first to discover the base pair parity rule in human DNA, which made genetic engineering possible. Yet when he realised the full implications of genetic modification, a horrified Chargaff turned his back on the field and became one of its biggest critics. He spoke out loud and clear: life can’t be invented, only discovered. Patents on life are criminal and nonsensical. 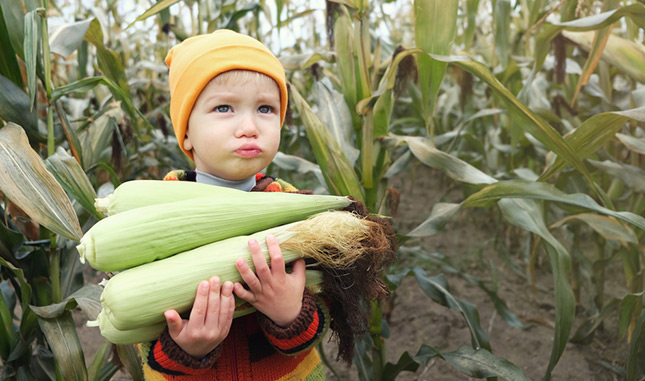 Life itself as profit-returning financial investment: If multinationals like Monsanto get their way, it won’t just be the Third World driven to ruin.

Yet they exist. And for two reasons: power and money. Nowhere else can money be earned so steadily and reliably as with the compulsion of licence fees on food. Everyone is affected: farmers, food processors, traders and consumers. Two quotes make the enormity of the situation clear:

The bottom line is that the powerful are seeking to use patents and genetic engineering to achieve global dominance of the food industry. These attempts started relatively recently, but are of an enormous dynamism. On June 16th 1980, the American Supreme Court granted a patent on a genetically modified bacterium, making it open season for the ownership of life.

Corporations—Patient and ­Doctor at the Same Time

Things really got underway in 1986, when the pharmaceutical giant Pfizer and computing multinational IBM set up the Intellectual Property Committee (IPC). Soon after its foundation, it included 13 American companies whose goal was the introduction of global patent regulation. James Enyart, head of communications at GM firm Monsanto, divulged their common strategy in French journal Les Nouvelles in 1990: “Industry has identified a major problem in international trade. It crafted a solution, reduced it to a concrete proposal and sold it to our own and other governments. (...) The industries and traders of world commerce have simultaneously played the role of patients, diagnosticians and physicians.”

All this behind-the-scenes activity bore fruit: in 1995, the World Trade Organi­sation (WTO) was set up. One of its key founding measures was the Agreement on Trade-Related Aspects of Intellectual Pro­­perty Rights (TRIPS Agreement), which legitimised patents on life worldwide. Article 27, for example, requires countries to “make patents available for any inventions, whether products or processes, in all fields of technology.”

The TRIPS Agreement regulates the minimum standards for patent rights that must be ensured by nation states. Anyone not complying with the regulations leaves themselves open to sanctions.

The timing of the introduction of patents on life couldn’t have been better: one year later, GM crops were planted on a large scale for the first time, primarily in North and South America. In Europe, things didn’t run quite so smoothly: in 1995, Greenpeace won a case with the Eu­ro­­­­pean Patent Office’s Board of Appeal—a patent application by Plant GeneticScience, now part of Bayer, was rejected. Under the European Patent Agreement, which was the ultimate authority at the time, no patents could be granted on varieties of plant or breeds of animal. Three years later, though, EU politicians decided to iron out this little legal wrinkle—with astonishing generosity towards the GM lobby. The European Council and Parliament gave the green light for Directive 98/44/EC “on the legal protection of biotechnological inventions,” the so-called “EU Biopatent Directive”. The patents apply not just to the plants and animals themselves, but also to all their descendants and hybrids. The law was “unique globally”, as the critical German GM researcher Christoph Then established.

A red-letter day, then, for the big GM multinationals such as Monsanto, Dow Chemical, Du Pont, Syngenta, Bayer, and BASF. But opposition to this “crime”—to quote Erwin Chargaff once again—was quick to emerge. And it is this very opposition that to this day has prevented the control of the global food chain by these companies. Vigorous protests by concerned citizens and NGOs managed to delay at least the implementation of the EU Directive in national law. Only after six and seven years respectively did the German and Austrian governments dare to make the Biopatent Directive part of na­tional law (although theoretically they were obliged to do so within 18 months). It also demonstrated for all to see that the political orientation of the party holding power at the time was completely irrelevant: in Germany it was a coalition of their Labour and Green parties that was happy to comply and push through EU law; in Austria a coalition of right-wing parties.

Since the EU made its decision on bio­patents, a veritable flood of patents on life has been accepted. The European Patent Office (EPO) has granted more than 900 patents on animals and well over 1,800 on plants since 1999.

The EPO has proven to be the second big winner from the Directive, after the GM multinationals. It is completely privately financed. The fees derived from granting “patents on life” thus make a significant contribution to its bottom line—in 2011 a respectable €89.2 million. “It can do whatever it likes with this money. The more patents it grants, the better for the employees. Since the late 1980s, the Patent Office has de facto decided its own criteria for the granting of patents,” explains the Foundation for a Free Information In­­frastructure (FFII), which actively resists soft­­­ware patents across Europe. At the end of 2012, the EPO’s Chairman Benoît Battistelli announced the bonuses for its already generously recompensed employees—a tidy €4,000 each.2

Ever More Patents on Natural Plants and Animals

To begin with, these patent applications were founded almost exclusively on ge­netic engineering. Over the last few years, however, the number of patents on conventional, GM-free breeding has in­­creased dramatically, as uncovered in Christoph Then and Ruth Tippe’s 2009 report, “Saatgut und Lebensmittel”.3 The roots of this process lie in more than just blatant attempts to gain total control of the food chain—the fallibility of the genetic engineering process also plays its part. Monsanto’s (never granted) patent application WO2004053055, which concerned the unforeseen effects of genetic manipulation, contained the words “the frequency of success of enhancing the transgenic plant is low [our highlighting], due to a number of factors including the low predictability of the effects of a specific gene on the plant’s growth, development and environmental response, the low frequency of maize transformation, the lack of highly predictable control of the gene once introduced into the genome, and other undesirable effects of the transformation event and tissue culture process.”4

Two patent applications by Monsanto on the breeding of pigs drew particularly intense notice. In them, the multinational laid claim to several thousand genetic variants from pigs, wording the application so that the animals themselves were included (even domestic pigs and their descendants). Loud protests ensued5 and in 2007 Monsanto watered the applications down and sold them on to the American company Newsham Genetics. Furthermore, Monsanto announced its withdrawal from the sector, stating, “We are out of the pig business” on its homepage (a claim that was subsequently removed).

Yet the reverse was actually the case. In reality, a three-year research cooperation agreement had been reached between the two companies, and in 2008 Newsham Genetics was granted the coveted patent (EP20081651777). It still covered “the bree­­­ding of perfectly normal pigs”, according to Ruth Tippe, founder of protest group Kein Patent auf Leben (No Patent on Life). A storm of protest of unprece­­dented proportions was the result. Four objections were raised with the Patent Office, including one by the otherwise GM-friendly German Farmers’ Association, and a collective protest including more than 50 associations and more than 5,000 private individuals along with the Hessen State Government.

In April 2010, the EPO announced that the patent holder had renounced its claim to its intellectual property.

End of extract „Patents: Taking ­Control of Life Itself“

It isn’t just ham and steaks that they are trying to patent along with animals: on the sly, the first patents on the ultimate commodity – human beings – are being filed. Human sperm and embryos are to become the property of powerful corporations. We lay out the facts and show how these patents are being used to strip resources from developing countries, and how the end result will be a global dictatorship that none of us can escape. Yet there is nothing inevitable about it. Here, you will also be able to discover what you can do for life’s integrity.

The full article is available in Facts are Facts print edition no.14.

It’s not just food and an ancient, precious genetic heritage that are in danger. Multinationals are even trying to privatise water. Find out here the shocking extent to which they have already succeeded, and what we can still do to stop them: Water Wars

An evocative exposé of the (mostly suppressed) dangers of genetic engineering can be found here: Genetic Engineering: The 'Safest' Way to Get Sick