Love is a Divine Power 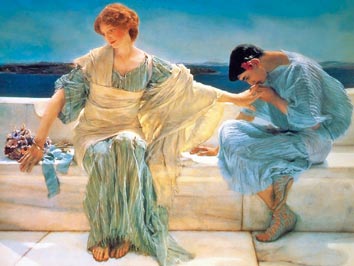 “Every heart sings a song, incomplete, until another heart whispers back. Those who wish to sing always find a song. At the touch of a lover, everyone becomes a poet.” Plato

At the beginning is love. Love is the elementary power of creation, the first element, without which no star, no stone, no man, no tree would be born. All energy and substance that comes to us from the depths of space to manifest in a person, a tree, or a stone, is nothing other than the prime substance of the Creator. In reality, love is the strongest physical power in the universe. It is what keeps the planets spinning in their orbits and what is responsible for the phenomenon we call cohesion.

Whoever is willing to accept that a power like cohesion, which until now has been understood simply as something technical, is actually an act of love, must also be open to the idea that all creation—apparently ‘dead’ and mechanistic—is actually very much alive, inspirited, individual, and in­­telligent.

Max Planck, the great German physicist, explained: “There is no matter as such. All matter originates and exists only by virtue of a force, which brings the particles of an atom to vibration and holds this most mi­nute solar system of the atom together. But since there is neither an intelligent nor eternal force in the entire universe, we must assume the existence of a conscious and intelligent spirit behind this force. This spirit is the matrix of all matter. Visible, fleeting matter is not real, actual, or true—for matter would not exist, as we have seen, without this spirit—but this invisible, im­­mortal spirit is true. But since there cannot be spirit without being, we must accept spiritual beings. And since spiritual beings cannot exist of themselves, but must be created, I do not hesitate to name this mysterious creator as all peoples of the earth of previous millenniums have called it: GOD.”

All Creation Is Love’s Child

God is will, wisdom, and love. Love, the third aspect, is his creation. Father-God (will, power) and Mother-God (wisdom, Holy Spirit) bring forth love, the Christus. All of creation, from the great universe to the smallest particle, was originally sent forth as an emanation of love. But God needs a body—or more precisely, untold numbers of them, and at all imaginable levels of development. Bodies that will be ‘inhabited’ by individual, essential consciousness. A grain will only develop imperfectly into a plant without the intelligent consciousness that gives it its pattern, or blueprint, and constant energy. Humans are also unimaginable as chance creations, as even strict ‘scientific’ physicists have recently confirmed. Physicist Paul Davies says: “Simple statistics quickly show that the probability that DNA (the complicated molecule that contains our genetic code) was created spontaneously as the result of hazard linking together of molecules in the primordial soup is unimaginably unlikely. There are so many possible molecular combinations that the idea that the right one would happen just by blind accident is prac­­tically zero.” His conclusion: “We either see God’s hand in everything or nothing.”

How terribly bleak is, then, the world view of physicist Richard Dawkins, who, in his book “The Selfish Gene”, defines humans thus: “We are survival machines—robot ve­­hicles blindly programmed to preserve the selfish molecules known as genes.”

If creation were based on selfishness, it would never have been, or would no longer be. Creation is love and love is giving, and unreserved giving, instead of selfishly de­­manding, is one of the foundational prin­ciples of nature. Using Kirlian photography, it was possible to see how two plucked leaves behave. One of them had already lain on the table for a few hours and was close to withering when the other freshly plucked leaf was set next to it. The still-fresh leaf immediately began to send energy to the exhausted leaf—without a ‘thought’ for its own possibly accelerated ‘exhaustion’. This manifested in the Kirlian photos as a light-bridge from the still-strong to the barely vital leaf. How consciously do we radiate our love to people who are thirsting for it?

A Hydrogen Atom Lives in Love

In contrast to people, nature has not unlearned love even in its smallest particles. Let’s take a look at the hydrogen atom. It’s at the beginning of the table of elements with a ‘sun’ (nucleus) and one ‘planet’ (electron). This electron is drawn closer and closer to the nucleus on individual orbits; on unique elliptical orbits, nearer and nea­rer, like a ball of wool that is winding up. It is almost as if the nucleus draws the electron closer, ‘inhaling’ it. When the fusion is complete, the next higher element is born: helium, a ‘sun’ that is orbited by two ‘planets’. The atom exhaled them, so to speak. A helium atom has a higher vibration than a hydrogen atom because it has learned a lot on its path as a conscious, intelligent substance. An oxygen atom embodies an intelligent entity that has already outgrown itself and expanded its limits seven times. It is music made of eight tones sounding to­­gether (all electrons emit harmonic tones) and has passed through all seven developmental steps of a base octave! But it only has one goal as well: growing, learning, and developing further. Gold, for example, is already at ‘level’ 79, and so presents an even higher state of development! Humans, let it be remarked, destroy the most highly developed element that occurs naturally on earth: uranium (level 92). Used properly, uranium could release unimaginable healing powers. Unlike many people, every electron has a clear goal that it unwaveringly and effortlessly pursues. The act of attraction in the atom is a result of love, which always strives to learn and come closer to perfection.

A cathedral was once a symbol of higher, spiritual love and worship. The aspiring windows and columns of a Gothic cathedral embody the idea of ‘Nearer, my God, to thee’ in stone. Earlier, such cathedrals were mighty power points, foci of light to which people with God-oriented thoughts strea­m­­­­ed, leav­­­ing them strengthened and ‘up­­right’. They brought with them profound respect, adoration, and love when they cros­­sed the threshold of God’s house. Today they bring with them cameras, indigestion, and irri­tation about the over-priced souvenirs. No wonder the cathedrals are falling apart. Of course, poisonous substances and aggressive parasitic ‘vibes’ also gnaw on their walls. However: Where love is lacking, things fall apart; whether we’re talking about marriages, parent-child relationships, bridges, or countries. No wonder children become dumber under strict, sadistic teachers. To learn means to love, and where there’s no love, successful learning is limited—as the inventors of education and paedophilia, the ancient Greeks, already knew.

End of extract „Love is a Divine Power“

In the full article, find out why we so often long for our “missing half” and the truth about “twin souls”, why marriage is one of life’s most intensive classrooms, and what marriage is truly all about, whether the bonds of matrimony were joined in heaven or on earth. You will also learn about the “seven bodies to love” that every human being possesses.

Take a look at the full article in Facts are Facts print edition no.14.