Pioneering student of nature Viktor Schauberger was one of the most significant personalities of the last century, yet received no laurels in his own lifetime. Today, more than 50 years after his death, his findings are being put into practice with increasing success—­particularly in watercourses. 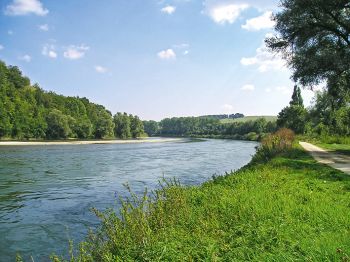 Even as a small child, Viktor Schauberger found himself irresistibly drawn to the ancient forests near his home in the Mühlviertel of Upper Austria. He rejected the academic education his father, a master forester, had intended for him—he couldn’t reconcile it with his love of nature. Instead, he chose a practical forestry school and became the overseer of a 21,000 hectare hunting ground in the Bernerau near Steyrling. In this practically virgin forest, with its untouched streams, he had a chance to study the laws of nature. This would prove crucial to his development.

Born in 1885, Schauberger’s findings from studying the natural world put him at least one hundred years ahead of his time. In the 1920s he constructed a new, more economical type of log flume, which al­­low­­­­ed logs to be sent from the mountain down into the valley using a minimum amount of water for the first time. His solution had been to get the water moving in the right way and at the right temperature. His findings—that it is technology’s task to imitate and not to ‘correct’ nature—are more important today than ever be­­fore. “First we have to understand, then imitate, nature—otherwise we’re done for,” he said. He was against combustion en­gines, seeing explosions as a destructive, deadly force in nature, preferring the implosion, which he associated with growth and life. The researcher dedicated himself to water and river management, warning urgently against clear-cutting and river straightening—a healthy river never flowing in a straight line, but curving and meandering.

After the Rhine burst its banks in 1935, he offered a cheap and simple method to significantly lower its riverbed. Although he guaranteed long-term success, he was not taken up on his offer. The consequences of artificial, unnatural watercourse management became apparent across Europe with the floods of 2002. Whether in hydrology, the production of power with ‘free energy’, or the use of copp­­­er ploughs in farming, Schauberger was often unable to break the resistance of the established scientific, political, and economic order. In 1958, already an old, sick man, he travelled to America together with his son Walter, hoping to get another chance to use his discoveries in the service of humanity. Instead, the Americans for­ced him to hand over all his research. He returned to Austria and died five days later, a broken man.

The time seems ripe for his insights to be put into practice. It is often disasters and catastrophes that lead to rethinks. That’s what happened in 1997, as, after several disastrous floods of the wetlands of the River Mürz in Styria (Austria), the authorities finally gave the green light to an ecological flood protection project, as Viktor Schauberger would have envisioned. The instigator of the project was Otmar Grober from the district planning office of Bruck an der Mur. He observed the courses of mountain streams during heavy rains and had additional channels dug leading to the River Mürz—so that from a bird’s-eye view, it looked “like a spiral of DNA.” Grober uses these curves to “harmonise”, as he calls it, the speed of flow at high water stands. Additionally, he had blocks laid in a particular pattern on the riverbed to raise the speed in the centre of the channel and reduce it on the banks. This was one of Schauberger’s key principals: “You don’t regulate a river from the outside in, but from the centre, from the flowing water itself.”

Managing the river in this way avoids situations where the riverbank is torn away on one side while banks of gravel and silt form on the other, which in the worst case have to be dug out. In addition, weakening the current by the riverbanks gives fish perfect spawning grounds. If it were felt necessary to strengthen one of the banks, it would be done following the ­principle of ‘natural water management’—wood and rootstock taken from the riverside forest would be used, rather than undertaking serious, intrusive construction work with stone. The use of stone and wooden devices to direct the flow of water should ensure that all arms of the river remain free in the event of high water. 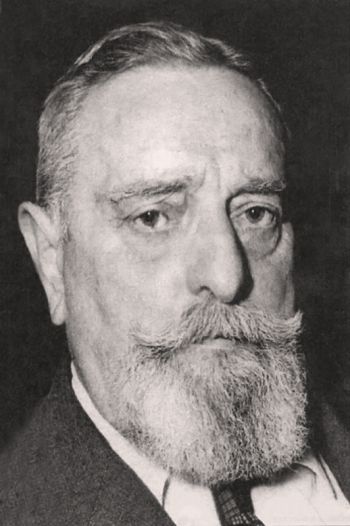 Just a few months after the start of the project, the heavens opened and the rain came down in buckets—almost as if providence was eager to put these new de­­fen­ces to the test as soon as possible. Once again, we had a ‘once-in-a-century’ flood on our hands. Despite the new measures only being half complete, the area was saved from flooding. Houses on the edge of the wetlands as well as the neighbouring B-road were all spared. An endangered ÖBB (Austrian Railways) bridge was sec­ured against what could have been millions of euros’ worth of damage. “The bridge has a very delicate construction. High floodwaters could have led to debris jamming under the bridge. We would have had to undertake extensive clean-up work and the Südbahn would have had to close for several weeks (the Südbahn, the southern railway line, is one of the most important rail connections in Austria; Ed.),” admitted Franz Potocsynek of Austrian Railways track management in Leoben. Moreover, the stretch of river below the newly engineered area was also spared flood damage. The regional government couldn’t believe it—after a few weeks, the command came from on high for the local council to finally report the cost and extent of the flood damage, as the other local councils had long since done…

When the next ‘once-in-a-century’ flood took place in 2002, the picture remained the same. Ecological flood protection, with its new concepts of ‘sickle-shaped bottom dam’, ‘pendulum ramp’, and ‘flow funnel’, had once again proved 100% effective. ­Little by little, the protected area was extended to around 21 hectares, which was bought by the Austrian state as a water overflow area. Flood protection and eco­logy were made to work hand in hand. A fish ladder was added to a hydroelectric plant, reminiscent of a natural stream. The fish could swim upstream over gentle steps without once having to jump. Trees and bushes were laid out so that the fish wouldn’t be the defenceless prey of avian predators. Special local stones were added to keep the water swirling and active. “This way, the water is not just cooler and has more energy, it is also more natural,” ex­plains Grober. A new river branch, constantly watered, was also created. The new riverbanks, developed in different ways, soon produced rich ecological diversity: a steep clay bank serves as a nesting and breeding ground for different sorts of insects and birds, while amphibians are well protected in the shallows. “We even see kingfishers, which are well known to be an indicator of real natural purity.” The social aspect has not been neglected—parts of the wetlands have been made accessible with paths and cycle lanes. Students at the local Langenwang High School have, amongst other things, planted hundreds of rare trees which were once native to the region, and built a particularly ‘analemmatic’ (the figure traced by the sun as it moves through the sky) sundial. They even have a ‘fresh air classroom’ at their disposal in the meadows. It’s no surprise that the Mürz project has already been honoured with several awards.

A large area such as the Mürz wetlands, as well as re­­taining floodwaters in times of high water, has other important functions as well. A connection is created with the groundwater, whose level is raised. Groundwater flows more slowly and the backed-up surface water has a chance to seep underground, reducing the amount of run-off and lowering the level of any potential high water. This also reverses the sinking of the groundwater level caused mainly by hydroelectric plants.

End of extract „Ecological Flood Prevention as Acupuncture for Nature“

In the complete text, hydrologist and ‘water companion’ Otmar Grober explains how he uses amazingly simple pieces of technology developed by Schauberger - such as ‘flow funnels’, ‘pendulum ramps’, and ‘water snails’ – to keep fish populations healthy and strong, and to improve river water’s overall quality. His techniques could be replicated anywhere in the world and used to combat pressing environmental problems. In his conclusion, Grober describes his passion for water in moving terms that we should all take to heart. Take a look at the article in our Facts are Facts print edition no.12.