Autism: Rooted in the Bowel

Autism is a metabolic disorder. It is also triggered by vaccinations that damage the bowel in small children, most notably the MMR jab. Even though this has been substantiated several times over, the researcher who first discovered the connection still faces intense persecution.

That man is Andrew Wakefield. As a gastroenterologist (stomach-bowel specialist) and researcher at the Royal Free Hospital in London, he was approached in 1996 by several parents who believed there was a link between their children’s autism and the measles, mumps and rubella jab (MMR). Dr Wakefield agreed to look into the issue and published his findings in 1998. In short: he did not claim that the MMR jab caused autism. Rather, the most significant finding to come from his research was that these autistic children all suffered from chronic bowel inflammation. Dr Wakefield also concluded that the meas-les component of the vaccination, either alone or in combination with two other living viruses (such as in the MMR jab), led to permanent enterocolitis (inflammation of the intestinal mucosa) and damage to the bowel. Undigested proteins could enter the bloodstream through such ‘perforated’ bowel mucosa and eventually reach the brain, thus leading to autism. 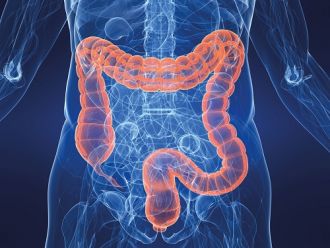 Dr Wakefield’s study was clearly not to the authorities’ liking, and to date no time or effort has been spared across the globe to refute it. Everybody agrees on one thing: there is no definitive link between autism and the MMR vaccine. Countless studies carried out since 1998 would appear to confirm this. But do they really?

‘Junk Science’ – When Science Botches It

If we take a closer look, it becomes clear that there are major shortcomings in all the key studies apparently disproving the link between the MMR jab and autism. For example, the large-scale Danish Madsen Study conducted on over 500,000 children in 2002 was unable to find any connection. Yet various scientists have recently re-analysed the study, and flagged up certain inconsistencies. It was established that Madsen only took into account children under the age of four, even though in Denmark autism is diagnosed at the age of five at the earliest. No wonder that the Madsen Study could hardly find any cases of autism.

Another study observed the number of autism cases in Denmark between 1980 and 2002. From 1980 to 1986, there were 8.38 cases of autism per 100,000 children in the five to nine-year-old age group – before the MMR jab was introduced in Denmark. Afterwards, the proportion of autistic children rose to 71.43 per 100,000 by the year 2000. Is there really no connection? Other researchers discovered that two years after vaccination, the number of autism cases increased to 27.3 per 100,000 children in comparison to just 1.45 among non-vaccinated children. Simply coincidence? 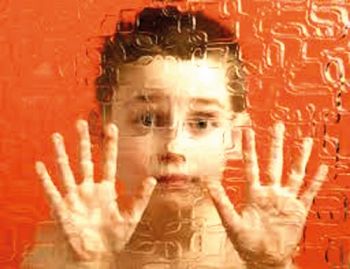 Even what is possibly the most frequently cited study, by the British Health Protection Agency in collaboration with various British universities in 2008 (Archives of Disease in Childhood), is in no way free from doubt. Of the children examined, over 700 took no part in the second trial stage. Among the remaining 155 children, the blood tests of 100 were unusable. The study’s conclusions are therefore based on the blood tests of only 55 children – should this really still apply as scientific proof? Above all, the study claimed that none of the autistic children examined suffered from any kind of bowel disease – the ultimate death blow for the Wakefield Study. However, the five symptoms defined as research criteria did not match the symptoms found by Dr Wakefield. This is essentially like comparing apples to oranges, and concluding that apples are not apples...

Conveniently, various studies also neglect to answer questions such as: how come cases of autism in Great Britain increased rapidly after a mass vaccination in 1992? Why did the autism rate suddenly leap up in 1995 and 1996 after another vaccination campaign in 1994? And after a second widespread round of vaccinations had been conducted in autumn 1996, why did the number of autism cases increase dramatically again in 1997?

That said, a Canadian study ‘proved’ that between 1987 and 1998 the number of children with autistic disorders in Montreal increased, even though fewer MMR vaccinations had been administered. This vaccination data originated from Quebec City from 1993 to 2004, prompting another researcher to point out that around 165 miles separates the two cities. He stated: “Rates of autism in Montreal have about as much to do with MMR vaccination rates in Quebec City as air pollution in Los Angeles does with diesel buses in Chicago.” So much for reasoning by means of scientific data!

In addition to negligence and deliberate manipulation, the figures used for research are frequently unusable because they are not correct at the outset. Damage caused by vaccination must be reported to the authorities by doctors. However, if a doctor is adamant about the safety of a vaccination, they will not ascribe a child's adverse reaction to it, but rather to other causes. The case will not be recorded either. It is known from hospitals that the figures submitted to the authorities are often far too low, for example because cases of death are incorrectly classified, e.g. a death actually caused by a vaccination is reported as Sudden Infant Death.

End of extract „Autism: Rooted in the Bowel“

The evidence continues to mount up: vaccinations – the MMR triple vaccine in particular – are clearly linked with autism. The full article contains a detailed examination of the figures and explanation of what they show in practice. We also show you further environmental factors which may be fuelling the rise in autism. The article can be found in Facts are Facts print edition no.17.

Just as dangerous, and frankly inhuman, is the cervical cancer vaccine which is being pushed massively in many countries. Read here why the HPV vaccine offers no protection, and can be in fact extremely dangerous:Vaccination Against Cervival Cancer?

Insiders claim that vaccines are being used in a targeted manner to achieve worldwide population reduction, precisely because of their health-damaging properties. Some vaccines are even believed to cause infertility. We have taken a closer look at these claims. The result is a comprehensive and thought-provoking  report. You can start reading it here: Vaccinations: A Deadly Injection?

This article appears in Facts are Facts No. 17