"Tooth Decay Can Be Prevented"

… and in the sweetest possible way, too. Read here the unbelievable story of a natural ­substance that is as white and sweet as sugar—yet gentle on the teeth!

There are some things that we would never dream of. Like not cleaning our teeth, for example. In our minds, regular visits to the dentist are an incontrovertible fact of life: we would never dare imagine that a kind of sugar could exist that not only doesn’t cause caries, but may actually even prevent tooth decay completely. 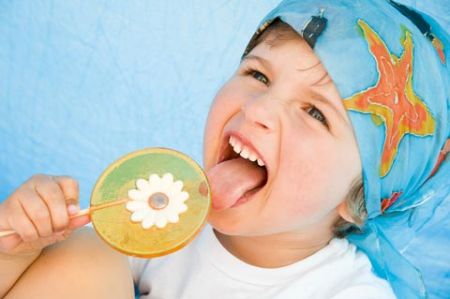 Doesn’t it surprise you that people nowadays are meticulous about their dental hygiene, floss regularly and get the plaque scraped off every couple of years, and yet somehow have worse teeth than our an­­cestors? Ninety-five per cent of all Germans (and the chocolate-chomping Swiss aren’t much better than the cake and pastry-loving Austrians here) suffer from caries. More than a quarter already suffer from periodontitis—inflamed gums that are ‘under fire’ from bacteria, which ultimately ruin the entire dental area and eventually cause teeth to become loose and fall out.

What most dental patients don’t recognise is that they are propping up a guild that doesn’t care a fig for healing. Today’s dentist is a plumber, a cobbler, a dental mechanic who simply patches up the aff­licted spot, while the bacteria lodged in the tiny slit between the filling and the tooth or even in the grooves of the molars quietly continue to proliferate and cram their stomachs with dental substance. The overwhelming majority of all lesions occur in the places where the toothbrush and floss just won’t reach. The idea that you might actually heal the caries rather than simply paste it shut seems monstrous to both patient and dentist. And so the misconception that only the drill can defeat the bacteria becomes embedded in our brains. In Germany alone, 66,000 dentists enjoy a hefty salary.

Yet just like cancer, caries was practically unknown in former times; in fact, in some places it still is. Even today, primitive peoples only begin suffering tooth loss when they are charmed by our poor western diet. Even the Middle Ages hardly saw any caries-ridden teeth—no wonder dentistry developed so late!

Dorothea Brandt knows when caries first began to wage war against our teeth; she mentions it in her exciting book Zahngesund [English: Healthy Teeth]: “The whole mess started when a Berlin chemist discovered that beet were a source of sugar. When the price of sugar later fell, this white gold was no longer the preserve of the social elite. Since then, people throughout Europe have suffered from caries, but prior to that it was a typical disease of the upper classes.” The ordinary man simply could not afford white sugar. Its sweetness is like a vampire—it seduces before it kills. No wonder English nutritionist John Yudkin rather controversially remarked that white sugar is “pure, white and deadly.”

We keep shovelling this white poison into our mouths—an estimated two and a half tons of the stuff during an average lifetime. In one month, that’s three kilos of pure white sugar hidden in cakes, chocolate, sweet drinks, ice-cream and much, much more. It attacks us on all levels, and not only in the form of caries and gum ­disease: it causes obesity, diabetes and encourages fungal attacks. It doubles the risk of stroke, triples the risk of heart attack and raises the danger of premature birth. Children develop learning difficulties, it leads to a lack of concentration and ruins the hormonal balance in adults.

At all ages, it can lead to impulse control disorders and forgetfulness. In addition, it encourages auto-immune disorders and immuno-deficiencies such as arthritis, allergies, and asthma. Bronchitis and inflammation of the lungs are also on its rap sheet. “The University of Minnesota was able to demonstrate that it is precisely these ‘gum bacteria’ that later attack the heart or arteries, whether directly or indirectly, and can lead to a fatal heart attack,” writes Brandt.

But that’s not all. As far back as the 1930s, doctor and Nobel Prize winner Otto Heinrich Warburg discovered that cancer cells burn sugar. The more sugar we eat, the happier the cancer cells! And as we now know, each healthy body produces around 150,000 cancerous cells every day, that usually just die off. Aggressive, metastasising cancer cells, however, no longer simply burn sugar; they also ferment this substance that John Yudkin called “pure, white and deadly.” It turns out that his con­­­troversial comment was in fact based on truth.

As mentioned, those 66,000 dentists in Germany live off the bacteria in our mouth quite successfully. Thus the readiness to apply a new kind of dental treatment—one that’s based on prevention and cure—dissolves almost as quickly as candyfloss in the mouth. A person can’t live on bread alone, after all—a bit of chocolate spread won’t hurt! “Despite improved dental care, caries is diagnosed 85 million times a year,” is Dorothea Brandt’s sad statistic.

Despite the widespread use of fluoride, Europeans aged between 35 and 45 have on average fourteen and a half teeth that are either riddled with caries, have fillings, or are gone. The decisive role played by white sugar is backed up by the statistics: if people are living well, their teeth have a bad time of it; if people are living ‘badly’ (like in wartime when sugar was rationed), their teeth recover wonderfully well. It is not surprising that there is practically no incidence of tooth decay in developing countries, as WHO studies demonstrate.

If we eat commercial sugar, it becomes plaque in next to no time due to its high solubility. It then becomes food for bacteria, and is fermented into acid—which in turn affects the oral flora and weakens our immune system.

According to modern science, caries can be completely prevented, confirms Professor Kauko Mäkinen from the Turku University in Finland. For over thirty years he has been researching a natural sugar substitute, which unlike refined sugar does not cause caries but can actually prevent it. And this is the point where things get really extraordinary: instead of refusing your sweet dessert, chew half a teaspoon of the sweet natural substance xylitol after eating. It dissolves almost immediately and encourages extra saliva production. Let this sweet broth swirl in the mouth for five minutes and then spit it out, much as in oil-swishing. The long-lasting sweetness experienced naturally prevents one’s craving for an unhealthy dessert. And its ‘side effects’ are divine: xylitol seals the teeth and starves the caries-causing bacterial cultures to death, thus safeguarding the enamel and giving the teeth a deep-clean. The oral flora becomes alkaline to boot. Teeth already affected by caries simply harden. It is al­most as if the caries dries up, meaning that dental treatment is no longer required due to the hardening process. Instead of being drilled away or patched up, continuing to ferment, the caries is in fact stopped in its tracks!

End of extract „"Tooth Decay Can Be Prevented"“

In this article, discover what German dentist Dr Ulrich Bruhn discovered about xylitol through his experiments – including experimenting on himself! We go into detail about the scientifically-proven benefits of this sugar.

The full article is available in the Facts are Facts print edition no.13.

This article appears in Facts are Facts No. 13 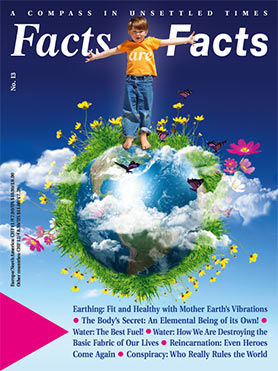