…and coloured light has healing properties for life! Many illnesses and complaints can gently be treated by Spectro-Chrome therapy – without any side effects.

Therapy using light and colour is in fact an ancient tradition, but has been forced into hibernation for the past fifty years by the reign of biochemistry. Even in prehistoric times, colour was of considerable significance, as ultimately it not only gave people an awareness of the beauty of Creation, but also facilitated better social cohabitation.

Through their ability to signal and communication effect, colours form an immediate and direct access to the human psyche and emotional world. This also explains the link between colour and power in ancient times – since he who controlled colour also, for the most part, ruled others. This is perfectly illustrated by the ‘imperial purple’ dye harvested from the spiny dye-murex, which was more valuable than gold. 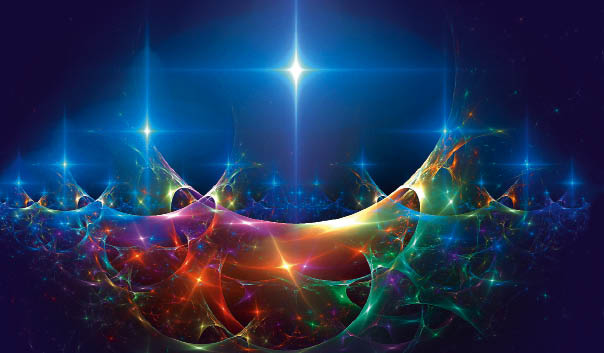 Despite the apparent ubiquity of light and colour in the modern world, it curiously remains largely unused in the healthcare field. Given that the composition of the body is formed from countless pigments (i.e. dyes) and other light-active molecules, it is difficult to comprehend why light and colour find it so difficult to be widely accepted in therapy. In terms of side effects, there are hardly any methods that perform as favourably as colour light therapy, and which, applied appropriately and in good time, are as gentle yet effective. Although this view is drawn from many years of personal experience, it is also reiterated by many therapists and users in the field. This observation has also been confirmed by a 2005 scientific publication entitled A Critical Analysis of Chromotherapy and Its Scientific Evolution by S. Azeemi and S. Raza from the Department of Physics at University of Balochistan,Quetta, Pakistan.

Let us now turn to the issue at hand: how colour-light therapy (or chromo-therapy) is able to establish or improve health in a gentle, biophysical way. When using the term colour-LIGHT therapy, it is important to differentiate clearly between this and other forms of colour therapy: wearing a turquoise scarf is not at all the same thing as radiating the throat with turquoise light. In the first case, one works with pigments that are stored in the material; in the second case with light. Pigments and light, however, behave in completely conflictive ways. This immediately becomes clear when you imagine a box of watercolours: the more you wash different colours from the brush in the same glass, the darker and cloudier the content becomes until it finally takes on a dark-brown muddy colour. This is an example of so-called subtractive colour mixture, where each pigment absorbs a different piece from the originally white light. Things are different, however, if you mix various spectral colours: overlap red, green and blue with each other, for example, and you ultimately produce white light. This, then, is an example of additive colour mixture, where each coloured light adds a piece of the spectrum until our eyes ultimately perceive white light.

One should therefore keep additive and subtractive colour mixtures strictly apart in regard to colour therapy otherwise it can easily cause confusion and inconsistency. Since this is best avoided, only the application of coloured light is meant, and referred to, in this article. Furthermore, this text deals less with the mental or emotional effects of various colours, but rather with their physical effects.

In the human body there are two receptor organs for light, which are even formed from the same germinal sheet during embryonic development – the eyes and skin. Goethe, who intensively studied the sensory perception of colours through the eyes, repeatedly pointed out that colours, as we see them, can only be understood in connection with the eyes.

Colour is therefore not an independent, detached phenomenon, but something that is inseparably linked to the human eye. Besides what we see through this organ, colours do not in fact exist as such; there exist only wavelengths – which also apply to the skin. Therefore, if we wish to observe the effect of colours on the body we cannot use the colour wheel as according to Goethe, as this is only true of the eyes. On the other hand, the physical approach (i.e. the rainbow spectrum as according to Newton) is unsatisfactory since part of the colour effect on the body can also be transmitted through the eyes. What is required, therefore, is a colour system that combines both physiological and physical characteristics.

Here we come to the Spectro-Chrome system, which fulfils both these requirements. Its origins date back to the late 19th century, a time when light was extremely highly valued. It was also the time when the incandescent bulb was invented, and physiology and medicine were engaging with the use of light as treatments. In the midst of Industrialisation and the resultant air pollution, one had learned to fear illnesses caused by a lack of light, such as rickets and tuberculosis. Sunlight was predominantly employed as treatment for these, but the use of coloured light also became very fashionable, particularly in the USA. General Augustus Pleasonton, for example, thoroughly researched the effects of blue light, first in his greenhouse for growing grapes and later by expanding his research with great success on animals and humans.

A doctor by the name of Seth Pancoast subsequently applied both blue and red light in treatment, and thus established the links between the functions of the vegetative nerve system: red corresponds to the stimulating effect of the sympathetic nervous system, while blue affects the regenerating and relaxative parasympathetic part. The most important ambassador of colour light therapy, however, was Edwin Dwight Babbitt, who treated patients using all colours of the spectrum. In this he was guided mainly by Goethe’s colour wheel. Incidentally, all three forefathers of modern chromotherapy reached their zenith before the electric light became available, and were each dependent on the sun as a source of light.

The developer of the Spectro-Chrome system was Indian inventor Dinshah P. Ghadiali, who had witnessed the possibilities of electricity in his youth. He was both technologically highly gifted and also active in the field of alternative medicine. So one day he betook himself to treat the gravely ill daughter of a business colleague, in whose treatment all conventional therapies had failed.

As the young woman’s condition rapidly deteriorated, Dinshah was forced to act, recalling the works and successes of Babbitt, who had tackled a similar sickness with indigo-coloured light radiation. So Dinshah procured a kerosene lamp as a light source, in front of which he attached an indigo-coloured glass bottle. With this he radiated his young patient, who visibly recovered under the treatment.

This was the birth of Spectro-Chrome therapy, since Dinshah could not rest after this successful cure – he wanted to understand scientifically why simple coloured light had proved so successful. So from that time on he devoted himself to developing and researching colour light therapy, in which the scientific approach was very important to him.

An essential requirement in science is that methods and results can be repeated and reproduced. Bearing this in mind, Dinshah developed both the comprehensive colour wheel with twelve colours and also successfully grappled with the problem of standardisation of colour filters and light sources. The use of electric light stood him in good stead here: its quality is consistent – unlike sunlight, which is subject to constant changes in intensity and colour schemes. Another advantage of electric light was that it could be used around the clock. At that time, Dinshah had to develop and build all diagnostic and therapeutic tools himself, as he could not, or did not want to, use the techniques developed by his forebears due to his high standards.

Thus he invented the Itisometer, for example, with which he was able to measure the slightest variations in temperature on the body’s surface. This then allowed him a sophisticated diagnosis of the various illnesses based on temperature, or, as one would say today, infrared radiation. It was precisely the use of the Itisometer that gave him a better understanding of what was happening on a cellular level, as well as of the metabolism’s biochemical processes.

After many hundreds of measurements with this instrument, Dinshah came to the conclusion that there was certain logic behind the symptoms of each respective illness, which then enabled him to construct radiation treatment plans tailored not to individual patients, but as a general approach. Even today these radiation instructions are used as the basis for the Spectro-Chrome method in cases of illness, and can be found in the book Let There Be Light by Dinshah´s son Darius.

After many years of research, Dinshah – now living in the USA – began to share his knowledge with the world. He went on extensive lecture tours and educated his interested audience as to the processes behind the Spectro-Chrome method. From 1920 onward, his life was fully occupied in the service of Spectro-Chrome therapy. His enthusiasm could not be dampened by the hostility of the pharmaceutically-oriented medical field and regulatory authorities; Dinshah continued to fight for the recognition and dissemination of his methods for the rest of his life. These might almost have been lost in obscurity but for a group of enthusiastic therapists who saved them in the dark decades of the 20th century and carried them through to the current century of the photon.

All you need to see the benefits of healing Spectro-Chrome therapy for yourself is a good light source and some suitable tinted sheets. Only the incandescent bulb emits a selected continous light spectrum, which combined with specific colour filters matches the requirements of spectro-chrome methods. Since the incandescent bulb generates both visible and invisible near-infrared radiation, you get a spectral mixture of the colour light, which not only stimulates energy production in the cells, but also influences metabolic processes. Through balanced colour gradings, a human or animal body can be specifically stimulated, harmonised or calmed.

Twelve precisely determined basic colours and five intermediate colours for better fine tuning are available to anyone employing the Spectro-Chrome method. Nine of the twelve Spectro-Chrome colours are in the rainbow spectrum, as the colour chart (above) illustrates.

End of extract „Spectro-Chrome Therapy: Light is Food for Life…“

This comprehensive article on color light therapy will teach you how to apply this simple and safe method, and reveals the astonishing results it has already had. We take a look at various injuries, ailments and illnesses such as burns and sunburn, colds and flu, stomach-bowel complaints, headaches and migraines, women’s problems, depression, insect bites and much more. Find the full article in our Facts are Facts print edition no.4.

The fact that artificial light from energy saving bulbs, fluorescent lights and flat-screens can make us seriously ill is barely acknowledged, although scientific findings tell a clear and shocking story. Since we are faced with these light sources every day, it is in our own interest to learn more about the unspoken dangers they present: The Light Bulb must not go out!