OPC: The Power of Grape Seeds

OPC, derived from grape seed extract, is perhaps the most powerful known antioxidant. It reduces tissue damage, strengthens blood vessels, improves blood circulation, reduces inflammation, detoxifies the body, multiplies the effect of Vitamin C and other agents, protects the brain and nerves, and forces cancer cells to commit suicide. So why do so few people take advantage of this concentrated form of Nature’s best protector? 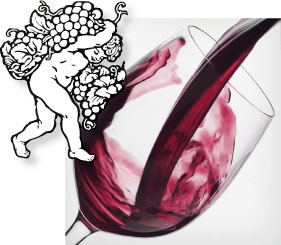 The Southern French have it pretty good. Not only do they live in one of the most beautiful spots on earth, with plenty of sunshine and warmth, they are also healthier than the average European – even though they smoke more than anyone else and eat fatty food as if they were world champions. Despite all this, France has the lowest risk of heart attacks and circulatory illnesses. In professional circles, experts talk of the “French paradox”.

The particularly vital Southern French eat a lot of fruit and vegetables, which is not exactly detrimental to their health. Like all connoisseurs, they also enjoy a little glass (or maybe two) of red wine every day. Some people still consider “spirit water” healthy, although scientific research confirms the opposite. Those who consume lots of schnaps or beer considerably increase their risk of a heart attack, as a Danish study established over twelve years ago. One might think, then, that a teetotal approach is best for your heart. Yet the Danish study, in which more than 13,000 men and women aged between 30 and 79 participated, also came up with something rather astonishing: that total abstinence from wine goes hand-in-hand with a significantly higher risk of heart attack in comparison to a moderate wine consumption of one or two glasses a day.

Modest (!) wine consumption is actually good for the heart. Alcohol cannot be the reason for this, otherwise you could wake the dead with a few litres of hard liquor – instead we are more familiar with the concept of being “dead drunk”.

So what’s so special about wine? We have the answer thanks to pharmacologist Professor Jack Masquelier. He is French – of course – and even comes from Bordeaux to boot. Yet Masquelier had to travel to Canada, where he taught as guest professor at the University of Quebec, to get to the bottom of this miracle cure present somewhere in grape juice – the result of an old tale about a fellow countryman.

More than four hundred years earlier, another Frenchman by the name of Jacques Cartier had discovered the Gulf of Saint Lawrence River. In the winter of 1534/35, the explorers were stranded on the Quebec peninsula due to the iced-over river. Scurvy rapidly broke out due to the lack of fruit and vegetables, and more than half the team slowly wasted away. They would certainly all have died had they not encountered a Native American, who recommended them a tea made from the bark and needles of the Anneda pine tree. All the men recovered from the life-threatening lack of vitamin C within just a few days, thanks to this brew.

Today it is known that this seaside pine tree contains only small amounts of Vitamin C. So what cured the sailors of scurvy? It was actually something called flavonols, which intensify the effect of Vitamin C many times over. Since flavonols account for a very important part of a plant’s immune system, it is not wholly surprising that they can also protect us from cancer.

Plants build these flavonols anywhere where oils must be protected from oxidation (“decay”): in their skin (protection against outside influences) and their seeds (protection for the next generation). These substances can thus be found in many leaves, pods, rinds and pips. We can eat some of these plants and fruits, but not others. However, due to modern treatment methods and groceries that have a longer shelf life, these vital secondary plant agents have practically vanished from our food chain.

During his stay in Canada, Professor Masquelier researched which plants contain such flavonols, continuing his research more in depth in France. In 1947, he discovered how to extract the agent, and by 1950 the substance today known as OPC was approved as a medicine in France. OPC stands for “oligomeric proanthocyanidins” and comes from the “polyphenol” family – complicated biochemical-medicinal jargon that we mere mortals can comfortably forget about, given that OPC is simply called grape seed extract in everyday parlance.

Which brings us neatly back to wine. Masquelier discovered that the grape seed and seaside pine (pinus maritima) bark have the highest concentration of OPC. Since red wine is processed with both husks and seeds, in contrast to white wine, OPC comfortably finds its way into that daily “little glass of red”. Although contained in only small amounts, OPC is responsible for red wine’s well-established positive effects, as it thins the blood and strengthens blood vessels. Heart attacks farewell!

Of course, one would have to knock back at least two litres of red wine to reach a sufficiently high level of OPC. Anyone deciding to undertake that feat, however, should consider the fact that the resultant blood alcohol content will be detrimental to health – rather unfortunately. Nor is a daily consumption of one kilo of peanuts (their skins also contain OPC) to be recommended – unless perhaps we want to send a clear signal to the current anorexic craze for skinniness.

It therefore makes sense to introduce OPC into the body in the form of a regular dietary supplement. Yet very few people do this: although it has been recognised for decades, many people still shake their heads uncertainly on the question of OPC. Grape seed extract is a first-class natural “silver bullet” against the aging process, acting both inside and out.

Grapes are easy victims to putrefaction. Vines must protect their fruits against unwelcome visitors while also optimising the transport of nutrients. Hence OPC. This colourless bitter constituent does the same for our body cells, which is why it is a first-rate tool for slowing down the aging process. OPC provides a kind of protection against ‘rust’. Our body protects itself against illness with very active molecules. These so-called free radicals are so aggressive that they can destroy viruses. This is why MMS (Miracle Mineral Supplement) is also so effective against a range of diseases, for example. Free radicals kill pathogens and viruses by a process of oxidation; they virtually “rust” them to death. This is particularly significant. 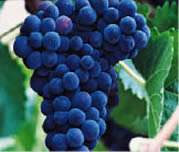 OPC is found in the skin, but principally in the seeds of a grape.

However, in today’s world we are exposed to many factors which let these free radicals grow boundlessly, which ultimately wreaks uncontrollable havoc: wrong nutrition, tobacco smoke, environmental toxins, alcohol, chemicals, electrosmog, or too much internal stress. This leads to oxidative stress in the body; much like a bicycle, which rusts quicker when lashed by the wind and rain than when left in the sunshine. Thus even healthy cells age before their time if they are exposed to too many aggressive free radicals. These molecule-destroyers run amok in the body, randomly seizing an electron from other molecules to make up their insufficient number. The body holds free radicals at bay with enzymes, although these can hardly do anything about such a superior number of opponents. This is why we need help from outside: antioxidants counteract the destruction of molecules by releasing a surplus electron, thereby satisfying the greed of the free radicals. These antioxidants include enzymes, Vitamins C and E, beta-carotene and, in particular, OPC – there is none more powerful than this “radical killer!”

The most recent scientific data also indicates that OPC can minimise oxidative cell damage caused by electrosmog. And given that we are only as old as our cells “feel”, grape seed extract should form an absolutely vital part of all anti-aging treatments, to use a current popular phrase.

OPC is completely absorbed into the blood through the mucous membranes of the mouth and the stomach within minutes. This substance then reaches every organ, every component of tissue. Even skin, hair and nails. OPC reaches the highest concentration in the blood in just 45 minutes, and works for 72 hours! Let’s make a quick comparison: Vitamins C and E dissipate after two to four hours.

I would even venture to say that if Superman were a plant, he would stem from grape seeds! See below for the extremely varied and well-documented positive effects of OPC on our health.

Essentially, OPC has two main characteristics that explain its broad range of positive effects: a) it is a highly potent antioxidant, and b) it strengthens the blood vessels.

How much OPC do we need?
Typically, grape seed extract is taken in powder-containing capsules. Take two milligrams of pure OPC per kilo of bodyweight per day, i.e. 120mg for 60 kg. For physical stresses and strains double or triple as much – there are no side effects. OPC should be taken before or between meals as it binds to proteins in the digestive tract, which does not optimise its effect.

A tip for those taking MMS:
Do not take OPC and MMS on the same day. OPC is a powerful antioxidant, while MMS (chlorine dioxide) is a powerful oxidant, which is why it can very effectively rid the body of active agents like viruses. These two agents may neutralise the other’s effect. Various products containing OPC are available, not all of them offering the same quality or content. It is therefore worth considering the following: by which method was OPC extracted from the grape seeds? How much OPC do nutritional supplements actually contain? Which additives have been included? For example, an objective guide is the so-called ORAC value: the bigger, the better.

Get the best current reference sources about OPC by sending an email to: info@facts-are-facts.com

End of extract „OPC: The Power of Grape Seeds“

The full article about OPC not only explains how blood vessels and connective tissue are strengthened by OPC, but also outlines which complaints and diseases it helps – and how. This is supported by a large number of field reports.  Find the entire article in Facts are Facts print edition no.3.