Consumption of coconut oil prompts the body to produce a substance that is the best nourishment for brain cells – and can protect our little grey cells from dementia. 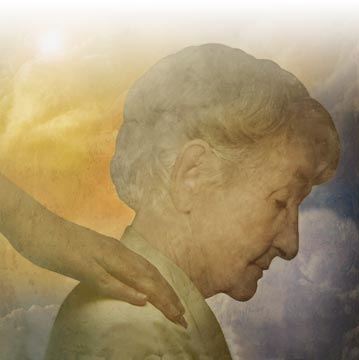 Even the word ‘Alzheimer’s’ strikes fear into our hearts. This form of dementia, named after the first man to describe it (Alois Alz­heimer), is today the most common form of mental deterioration. Alzheimer’s en­compasses a loss of mental capacity, independence, ability to think and reason, disappearing memories – and at some point even the sense of who you are. Beginning with memory trouble, brain function diminishes until this organ used for thinking and controlling is positively destroyed. Not only is this distressing to the sufferer, who at the onset of the disease is well aware of what is happening, but it also places a huge strain on carers. And it’s a considerable financial challenge for an ageing population to boot.

This disease cannot be brought under control with the drugs currently available within conventional medicine. Best-case scenario: they delay progression for a while. However, Alzheimer’s and other forms of dementia are not inevitable!1 Age is the most important risk factor for succumbing to dementia, but it is not the cause. After all, many people in their nineties and over still remain mentally active and alert.

Whilst research uncovers ever more details about the decline of brain metabolism, it has not yet entirely explained how and why this dementia begins to develop. The influence and risk factors are just as varied as the forms of dementia, ranging from a simple lack of water to the often unrecognised side effects and interactions of various medications, to drug and alcohol abuse, brain injuries, infections, heavy metal contamination and blood vessel diseases such as arteriosclerosis and strokes. Added to this is the fact that these disruptions can cause chronic inflammation that may also damage the brain long-term. Microwave radiation (mobile phones, WiFi, etc.) can also trigger Alzheimer’s.

At some point, brain cells die, which leads to the well-known loss of function. Despite the many different influences and types of dementia, Alzheimer’s patients seem to exhibit only two essential causes for cell death: a lack of energy and a lack of protective substances. The good news is that something can be done about this – both preventatively and correctively.

Very early on – often many years before the first signs of dementia become noticeable – the sugar metabolism of the brain is disrupted. If the brain cells are not provided with enough sugar, energy supply grinds to a halt. Without sufficient ‘fuel’, neither signal transfer nor ‘waste disposal’ works properly. The harmful waste products typical of Alzheimer’s disease (amyloid plaques) and defective cell structures (neurofibrillary tangles) accumulate, and the first breakdowns in function occur. At some point, cells begin to be destroyed and the brain begins to shrink. Yet it doesn’t have to come to this, because we can actively help to keep our brain fit and healthy for as long as possible. Steps that can be taken include:

Simple dietary measures can help us supply our brain with protective substances such as antioxidants and anti-inflammatory omega-3 fatty acids, as well as improve energy supply by partially circumventing the sugar metabolism. It is also well-known that anything that helps to prevent arteriosclerosis (vascular calcification), diabetes and strokes is also good for the grey matter. As two American Alzheimer’s researchers, Rudolph Tanzi and Ann Parson, put it: “What’s good for the heart is good for the brain.”

Studies revealed a better maintenance of mental capacity upon consumption of plenty of fish, regular fruit and vegetables and/or a Mediterranean diet. Studies in which vitamins or fish oil capsules were administered in isolation, however, were largely disappointing. However, it is indisputable that fats play an important role in brain health.

This begins with construction, since our brain consists of approximately 60 per cent of fat and cholesterol, not taking into account water. Just 30 per cent is made up of protein and about 10 per cent of carbohydrates. The properties of the fat will have an impact on how well the brain cells work: how flexible the surrounding cell membranes are, how rapidly signals are transmitted, how many nutrients and how much oxygen is able to penetrate the cells, and how carefully their waste products can be disposed of. In this context, polyunsaturated omega-3 and omega-6 fatty acids are particularly important in addition to certain saturated fatty acids. They all perform important tasks, although our food usually contains too little omega-3 fats – which is why they have been recommended for years in the form of oily fish, as well as walnuts, linseed oil, walnut oil, hemp oil and rapeseed oil. Fats are important building materials, insulating materials and vital signal substances for the brain.

Sugar is still considered good nerve food, because our brain is easily able to cover its high energy requirement from glucose, which it obtains via the bloodstream. In addition, most fatty components (fatty acids) are to be ruled out as an energy source because they have no access to the brain: they can’t easily slip into the brain cells from blood like sugar can. However, it should not be concluded that sugar is particularly good and important, while fat is useless. The opposite is often the case, as our brain loves glucose – not because it couldn’t live without it, but because it rarely gets offered anything else as ‘fuel’ in today’s usual diet.

It has long been known that our brain can gain energy not only from sugar, but also from ketones, and at least just as well. Ketones are produced from fatty acids; the conversion process takes place in the liver. This ability is a lifesaver in times of starv-ation and also keeps the brain working efficiently when there is a shortage of food. When the body experiences a state of hunger, the liver first produces new glucose from protein. However, this is not a permanent condition, because otherwise the valuable protein-rich structures of the body such as muscles and other organs would soon be used up. And so, after a short time, the liver begins to generate ketones from fatty acids. Ketones can be used by all other organs to produce energy, including the brain. According to conclusions drawn by the renowned American researchers of fats and ketones, George Cahill and Richard Veech, ketones are not just some cheap replacement fuel, but rather a particularly efficient ‘super fuel’ for the brain.

End of extract „Alzheimer's: Coconut Oil to Feed the Brain. “

Ketones aren’t just ideal ‘high-octane fuel’ for the brain, they can also protect it as well. In the complete article you will discover what you need to pay attention to while on a ketogenic diet so that the liver will be stimulated to produce ketones. We also reveal the advantages of coconut oil in preventing and even treating dementia. Coconut fats are a ‘magic potion’ for the body as far as ketone formation is concerned. We explain how the science fits together and provide practical advice on how much coconut oil you should take per day, and how. It’s an article that provides a ray of hope, for it shows that there are practical ways to counteract the creeping damage that aging can inflict on our brains.