The Go-Giver: The Secret of True Success

“Dog eat dog, and mind nothing but your own business!” It seems that this has been the general precept in economy ever since the Industrial Revolution. This might help to rake in money, but it will not bring about true success, because being truly successful is something that manifests itself on every level, leading to a healthy, happy, prosperous and joyous connection with all life.

At the time the small book The Go-Giver: A Little Story About a Powerful Business Idea was published in 2008, the company with which I was associated (and which shall remain nameless here) was in deep trouble. This company’s products had (and still have) an actual positive and particularly preventive effect on one’s physical well-being. And because the products work so well, this formerly unimposing company suddenly appeared on the FDA’s radar, not least because the products it sold reduce certain statements by the pharmaceutical drug industry to absurdity. The Attorney General of a U.S. state threatened to shut down the company if their products were further advertised as having positive effects on the consumers’ well-being and health. 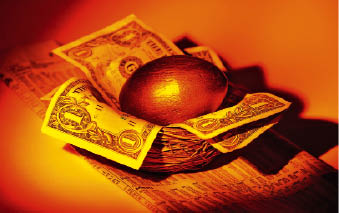 Become a Go-Giver: two Americans found a solution of striking simplicity when it comes to ethics in business. Remember, money is just energy, and it is strictly how we deal with it that determines whether it “stinks” or not.

However, this had been the marketing strategy of this company’s independent representatives (albeit an unofficial one). And now it had to be abandoned overnight. The turnover figures collapsed because the company’s sales and distribution associates were no longer able to refer to the fact that their products had a beneficial effect on all kinds of illnesses and conditions that might have ailed their customers. The company was faced with a difficult situation, and the continuous growth they had enjoyed since the mid-1990s transformed into a substantial drop in turnover and profits.

After some months had passed, the company still wasn’t doing well. Their most senior manager admitted that he did not know how to handle the situation and that he had to leave it to the powers-that-be to offer him a solution for the predicament. During a product presentation in Florida, one of the attendants handed him a little red book called The Go-Giver. Later, while he was flying back home, he read the story, a business parable, on the plane, and when he arrived home he knew that he had just been handed the key to saving his company.

He turned the principles of the book into the company’s new mission, and almost immediately after introducing this new general concept, the fortunes of his company suddenly turned most unexpectedly into a “stratospheric” rise. By July 2010 the company was among the top thirty of the best direct selling companies in the world.

To Bob Burg, co-author of the book with John David Mann, being a Go-Giver means you “add value to others in a way that helps them significantly, while simultaneously increasing your own sense of joy and improving your bottom line, both in your business and your personal life.” Sounds complicated—at least, to me it does. Or do you, dear reader, understand this right away?

Giving Is The Key!

But there is a much simpler way to say this. Give for the sake of giving, without thinking about any return, and you will notice that life will richly reward you in turn. This is not really a new concept. We have all long known the cosmic law that can best be summarised with: “The outflow controls the inflow.”

The Go-Giver tells the story of an ambitious young man, Joe, who is eager for success—perhaps best described as a go-getter. Sometimes he gets the impression that the harder and faster he works the further away from his goals he seems to be. He has missed his quota in the previous two quarters, and even now he desperately needs some real success lest he misses his quota a third time. But things don’t look good. This is when he gets word of a mysterious man called Pindar, a legendary business consultant. During the next seven days, Pindar introduces Joe to a series of go-givers: a restaurant owner, a CEO, a financial advisor, a real estate broker, and the “connector” who brought all of them together. They all share with Joe the “Five Laws of Stratospheric Success” and show him how to open himself up to giving.

Consequently, Joe starts to learn how to change his own focus and, instead of getting, to start giving. He begins to put the interests of others before his own and practises adding value to their lives, his journey ultimately leading him to utterly unexpected returns. The book is full of humour and congeniality and lends new substance to the proverb, “Give, and you shall receive.”

Most people laugh when they hear that the secret to success is giving (…) then again, most people are nowhere near as successful as they wish they were.

At its core, The Go-Giver does not describe a business idea, but a way of life. You may be familiar with the book Pay It Forward by Catherine Ryan Hyde. Its principle is based on the fact that, if someone does you a favour or helps you in any way, you do not return it but in turn help or do a favour to three more people. This way, the positive acts continue to multiply and spread more and more. The Go-Giver takes this even further; it is all about adopting a way of life aimed purely at giving, regardless of whether there was any receiving beforehand. It is all about shifting one’s personal focus, from wanting to have or receive to be willing to constantly and continually create value in the lives of others.

All of us (or at least most of us) have been conditioned from a very young age to want to have, receive, and/or take. Our entire upbringing is focussed on this; so too is our school education, where we are trained to become smarter and more innovative so that we may contribute to economic growth, including our own. Our entire society works according to the premise of receiving (or taking). “If you give something to me, I (might) give something to you.” And yet, this is always connected with some kind of vague inner dissatisfaction, for at the same time we are indoctrinated from childhood with the saying, “It is better to give than to receive.”

This is the very thing that got us into the mess we are in now. Now, at the threshold of the new Age of Aquarius which started with the new millennium, we find more and more evidence that our established social, economic and political system is no longer functioning and its continuing existence is merely maintained thanks to artificial life support measures. The so-called credit crunch of 2009, which is not really over yet, is just one symptom. Greed seems to be the fashion everywhere. “Thrift is cool,” has become a socially acceptable watchword. In these times when everything seems to get more and more expensive, one does what one can to keep one’s belongings to oneself. Everything has to be cheaper and cheaper, and discount stores or supermarket budget price ranges are in high demand.

Nature Knows Nothing Else…

In actual fact, life knows nothing else but giving. Nothing in nature is designed in such a way that things are kept to oneself or held back. There is a constant balance of giving and receiving, for naturally where there is some giving, there will also be some receiving (which is the fifth and last of the Five Laws of Stratospheric Success, but I will come back to this later). If you give, you have to be open to receiving, for if you give, you will also receive—as was taught by Jesus The Christ. [see Luke 6:38]

Just try it out for yourself; it will not do any harm to experience it for yourself, because what you are reading here is all theory. Only when you put it into practice and experience it for yourself will you know firsthand whether it works or not. But I have to warn you; there is a catch! Your giving will only work if it is done without reservation. You cannot give a little and still hold something back. It’s all or nothing.

Jennifer Allan is a former real estate agent from the U.S. (and author of the book Sell with Soul). She rigorously follows through with the Go-Giver philosophy. On her blog, she describes how homeowners wishing to sell their property without the help of a real estate broker are usually intimidated by her fellow real estate professionals, should they be so bold as to ask an agent whether selling the home without any professional help might be possible. [see http://goo.gl/0RtE]

She writes, “Under the guise of being helpful, the program advises you to scare the guy to death about everything he doesn’t know about selling a house. Bring in a stack of complicated contracts and disclosures, ‘just so that he’ll be prepared if an offer comes in.’ Include intimidating documents that he won’t actually need at contract (like a deed of trust and personal property bill of sale) just to beef up your pile. Provide a ‘helpful’ info-sheet about the dangers of letting strangers into your home. Again, your basic FSBO scare-tactics. [FSBO = For Sale By Owner]

“Hey, someone decides to FSBO their home because they think they can do it. They think they’re smart enough to do it and they don’t see the point in paying some smarty-pants real estate agent a whole bunch of dollars to stick a sign in the yard and do an open house. (…) And you know what? Maybe they are smart enough. But it doesn’t matter if they are or they aren’t; what matters is that they think they are.”

And then Jennifer Allan goes on to describe what advice she gives to her professional colleagues as to how they should deal with homeowners wishing to know if they can really sell their own houses without an agent’s help. In her own words, she says, “How about let’s be straight with the guy? If you think you can actually help this guy sell his house, then PROVE it to him. BE helpful without strings attached. Authentically CARE about his situation instead of mastering that look of faux concern. Be genuinely willing to walk him through contracts and answer his questions. Provide informative market reports to help him price properly. Contrary to popular belief, demonstrating your expertise by sharing your knowledge won’t eliminate the seller’s need for you; (…) if it’s so easy to sell and close a house that we can explain it in an hour or two, that seller truly DOESN’T need us!

“No, being cheerfully and genuinely helpful, caring and GIVING is gonna go a whole lot further with a suspicious FSBO than all the scare tactics in the world!”

End of extract „The Go-Giver: The Secret of True Success“

Our author speaks on behalf of people who have applied the “Five Laws of Stratospheric Success” in both their professional and personal life. And the results are wonderfully encouraging! Naturally, the article also discusses these five laws in detail. Read it and you’ll understand why the “Go-Giver” is so much more than simply a successful business philosophy. Find the full text in our Facts are Facts print edition no.8.