The Future of Humanity: True Brotherhood

It seems as if the world’s destructive forces are currently fuelling the separation between peoples and religions—not only to prevent our planet’s salvation, but also the promise of a happy, fulfilled life in the coming ‘Golden Age of Faith’: true brotherhood among all men. The Bulgarian sage Omraam Michael Aivanhov (1900-1986) understood this. Read here his words on the subject.

When we glance about us at the world, human society and the family, we see that everything is organised with a view to satisfying human nature, and this, in reality, means our animal nature, and all our most primitive instincts. All the rules and norms of society, all our criteria, even the education we give our children, are all designed to serve the prevailing mentality: to grab the biggest share for oneself, to take advantage of others, to become rich, to gain the upper hand. This is why we see so much rivalry and so many conflicts and massacres today. 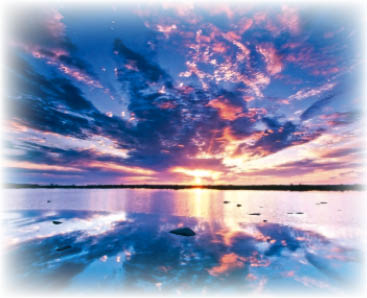 “Each individual creature produces a specific note and Cosmic Intelligence has tuned and harmonised all these notes so that they may form the one great symphony of the universe.”

And yet, when man was first made in the Lord’s workshops, Cosmic Intelligence planted in him seeds that were destined to grow and blossom into qualities and virtues and sublime acts of abnegation and renunciation. From time to time, it is true, one does see these qualities in a few people. And the way they live and act leaves us in no doubt that a divine nature is manifesting itself through them. But beings like this are so few and far between that they cannot influence the masses; in fact they often fall a prey to the masses who are incapable of appreciating them, and they are persecuted and massacred.

In my talks to you, I have often spoken about this all-important question of man’s twofold nature: his lower, animal nature, which I call the personality, and that higher, divine nature, which is still dormant in each one of us because we have never taken the trouble to awaken it, and which I call the individuality. These two natures are so closely intertwined that it is not always possible to distinguish which one is manifesting itself at a given moment. Very often, in fact, someone will do something in the sincere conviction that he is acting with integrity and honesty, when, in fact, he is following his animal instincts: it is his lower nature that is manifesting itself. And if anarchy and egoism have become the order of the day, it is because most human beings think it is absolutely normal to obey their lower, animal nature, which demands that they satisfy all its whims at the expense of others, as though it were alone in the world.

And now, picture to yourself an Initiate, a Master, who wants to help human beings to free themselves from this morass, so he creates a Brotherhood in which they can learn to live in an atmosphere of peace and freedom. Nobody in that Brotherhood has been hypnotised or bewitched; on the contrary, everybody is free, lucid and independent, but in a spirit of collective harmony. And then, one day, someone who knows nothing of these new conceptions arrives and, naturally, all this is not to his liking. He is in violent reaction and spends his time criticising everything: why does everyone here behave with such respect? What is all that silence for? You have all been hypnotised; you’re nothing but slaves; you’re all under a spell; you must break free! In other words: ‘You must revert to chaos’! With this kind of mentality, human beings are heading straight for disaster!

So many people are convinced that to be an anarchist and a rebel is to show oneself to be more intelligent, freer and stronger than others, but how wrong they are! If they studied the human body, they would find that Cosmic Intelligence created it according to certain laws, and that these laws are also valid when transposed onto other planes. If the human organism is to be healthy and function correctly, all its cells must work together harmoniously and with disinterestedness, and not each one for itself: the stomach must not be content to digest for its own benefit, the heart to beat for itself or the lungs to breathe for themselves alone…nor the legs, nor the eyes, nor the ears nor the brain… All must work together for the whole. But with human beings today, it is ‘every man for himself!’ And this is why the body of humanity is sick, so sick that it is in danger of death.

The healthy functioning of an organism depends on all its parts respecting the law of sacrifice, of impersonality. When there is any manifestation of self-centredness, when some recalcitrant cells want to form a state within the State, the organism becomes ill. The rebellious cells form a tumour, a cancer that ravages the organism, because they refuse to obey the law of love and want to live exclusively for themselves.

Cosmic Intelligence speaks and explains things to us through our human nature. But we prefer to go and learn from diseased and decaying human beings, as though it were they who possessed the truth! Nobody goes to the library of life to consult the book in which Nature has written it all down: a human being created by God.

The advantage of collective life is that it obliges the individual human being to tune in to others, and each one advances thanks to the fact that he is synchronised with the whole. And as the human collectivity tends towards harmony with a vaster collectivity, the cosmic collectivity, when a human being tries to live in harmony with others of his kind, he enters into contact with Cosmic Intelligence and receives its blessings.

Must Mankind Be Discordant?

Humanity is like one great orchestra. Each individual represents an instrument - clarinet, cello, trumpet, violin, piano, guitar, and so on. And the divine life which flows in every living creature breathes into these instruments or touches their strings. Each individual creature produces a specific note and Cosmic Intelligence has tuned and harmonised all these notes so that they may form the one great symphony of the universe. It is only here, on earth, that this symphony does not exist, because human beings are guided by their instincts and passions and fail to vibrate as they were created to vibrate—to the rhythm of universal harmony. They cannot do so because their lower nature still restricts their field of consciousness. But once they have decided to work for the welfare of the collectivity, or rather, of the brotherhood, they will begin to vibrate on the same wavelength as the universe. And this accord will open the floodgates of Heaven, and celestial energies will flow freely through the world and sustain mankind with all the most beneficial currents from the cosmos. There is nothing worse than a purely personal life that is out of tune with the collective life of the universe, for it blocks up the channels through which cosmic energies should flow.

We must get back to the original harmony created by God. God created human beings so that they could all be in tune with each other like an orchestra. But no one has ever understood what an orchestra or a choir is. Our physical body, when it is in perfect condition, is a choir: all the cells sing together to produce well-being, joy and health. When our cells no longer sing in harmony, we feel ill, unbalanced and miserable, and illness takes different forms according to the different kinds of disharmony produced by our organs.

It has never occurred to anyone to interpret the fact that the members of an orchestra are not free to play whatever they please; they must respect the notes, the tempo and the shades of feeling indicated in the score, and if they refuse they are fired. Well, believe me: humanity is not a very good orchestra; it produces too many discordant notes! All the members sing at the tops of their voices and play whatever comes into their heads; it is enough to make anyone stop up their ears. Every human being thinks he has the right to sing whatever he likes. It is only in Initiatic schools that they learn that they must harmonise with others. Before someone can harmonise with others, he needs to know that harmony is preferable; secondly he must aspire to it with all his heart, and finally he must make the necessary efforts and sacrifices to achieve it. And then? And then, there is nothing more to be said: harmony speaks for itself.

So hold fast to this idea: that you must do everything in your power to accept the Great White Brotherhood, for it is this that is the starting point of your evolution; there is no other way. If happiness and prosperity have not yet established their reign on earth it is because humanity is still divided. Everybody looks after his own interests; they feel no obligation to work for the good of the world; they remain confined to the narrow circle of their own personality. But in these conditions the Kingdom of God will never be established on earth.

Try to imagine that you are a member of an orchestra: you play your own score and, at the same time, the harmony produced by all the other instruments of the orchestra delights and enchants you. Your part is to play only the music written on the score in front of you, but you are also touched by the beauty and harmony that surrounds you. Or take the example of a choir of mixed voices: each one sings his own few notes and each one is uplifted and entranced by the poetry and marvellous harmony pouring in on him from every side!

End of extract „The Future of Humanity: True Brotherhood“

In his inimitable way Aivanov succeeds in showing us, through simple words and inspiring visual language, how we can improve ourselves in order to live better in a brotherhood for all mankind – and why all of us can only benefit from this. The full text is available in our Facts are Facts print edition no.9.