The Natural Law of Yin and Yang

We have often heard that nature is a dual system. It is based on com­plementary opposites, so-called “antagonists”. One pole could not exist without the other, just as it is impossible for men to live without women and for women to live without men—despite all claims to the contrary. 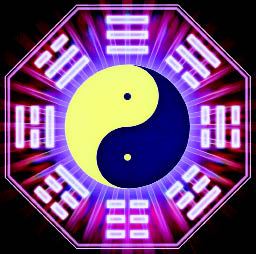 Yin and Yang as Energy Symbol

Properly understood, marriage symbolizes one of the fundamental laws of life that is in effect throughout the cosmos. And it does make a difference if it is a man and a woman who marry, or two women or two men. There is also a spiritual reason that a heterosexual relationship can produce earthly fruit and a same-sex relationship cannot. Namely, creation is based on the existence of a creative PAIR. They form the Yin (female) and the Yang (masculine). These two creative impulses pervade all of Life and its many forms. Ourselves included.

Every person is, at his or her core, androgynously predisposed, because we all must learn how to perfectly express female and male. A female life-stream usually incarnates in a female body and a male life-stream in a male body. But the following is true for us all: Our spirit correlates to the positive pole; our soul correlates to the negative pole. The left half of every body is feminine-polarized and the right half masculine-polarized. The feet are positively polarized; the head is negatively polarized. The emotional body of a woman is mas­culine-charged (i.e. active), the emotional body of a man is, however, feminine-charged (i.e. passive)—which explains why women are generally better at dealing with emotions.

Thus we see that we are permeated, to our deepest essence, with Yin and Yang so that we will eventually learn to master both aspects perfectly. And so we change the sex of our physical body throughout our various earthly existences—in order to have those experiences (in the “wrong” body) that will enable us to learn the other Pole within us in all its many facets.

This is natural homosexuality, which nevertheless has nothing to do with men climbing into bed with men or women with women.

According to esoteric teachings there exists only vibration and consciousness: matter and spirit, the material having been created from the immaterial. Matter—born from light. Quantum physicists have known this for a long time. They have mathematically calculated a fundamental constant with which the ratio between mass particles (matter) and the controlling energy units can be calculated. It is one to one billion. In other words, one billion “light quanta” are needed in order to make one particle of physical matter! The Swiss atomic physicist Dr. Carlos Rubbia won the Nobel Prize in 1984 for this discovery.

Light and Matter are both made of “vibration and consciousness”. With light, we talk about electromagnetic waves. So light has an electrical and a magnetic aspect. Which brings us back to the oft-cited “Yin” and “Yang”.

Creation is an electromagnetic system and it is polarized. Energy flows from the masculine to the feminine pole and back, and back and forth. This doesn’t only ­happen between lovers. And just as in a healthy relationship both partners should play an equal role, so all of life strives for balance and harmony. Yin and Yang balance each other. Almost. Because absolute balance means stasis. Only when the balance tips a little in one direction can the seesaw of life be kept moving. And then the resonances do their part and enhance the effect. This is where we get the image of butterfly wings that can start a storm on the other side of the world. In unison with the natural laws, steadfast gentleness brings us more quickly and much more efficiently to the goal than raw force. But this is just an aside.

The masculine and feminine principles have, by themselves, no kind of “right to exist”. They only exist to create something new together, just as a mother and a father create a child (which certainly doesn’t mean that every woman and every man must produce offspring in order to fulfill their life plan!). That is why, from the law of duality of Yin and Yang, comes the principle of increase that is visible everywhere in nature. We only have to think of a wheat grain that increases itself an hundredfold. For the same reason, the Universe expands itself infinitely and indefinitely—without a hypothetical Big Bang.
Fundamental “male-female” oppositional pairs are, for example:

That each of these pairs inseparably belong together can be seen most easily in a physics equation that every student learns as a fundamental law of sound: 1/n x n = 1. The frequency (λ) multiplied by the wavelength (f) equals one. Or: Matter and Spirit are one. But also: male and female are one.

Positive energy (Yang) and negative energy (Yin) always attract each other. That is why attraction is the strongest power in the universe. We have given this power a simple name: Love. It is the foundation and reason of being for everything that is. For when Yin and Yang come together and energy flows, Love in Action is the result. It is exactly like a vacuum cleaner: only when ampere and volts unite in the current from the plug does the motor turn on. Something new is created, namely, a power that is measured in watts. The more, the better.

The same is true for us: as children of the divine creative power of Yin and Yang we should also regularly increase our output: that force of love which flows through us and radiates from our heart. Thus, we refine our consciousness and persistently increase our vibratory rate.

End of complete article „The Natural Law of Yin and Yang“

This article appeared in full in the Facts are Facts print edition no.5.