On the Magic of Willpower

“The will is not just ‘a’ power, but all power that exists. How did God create the world? With Will. So it is that our innate ability, which we call willpower, is actually a divine power; a power that increases when we recognize its potential and that proves itself to be the biggest miracle of life.” - Jnayat Khan, founder of the Sufi movement 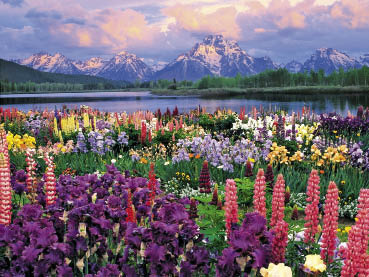 “I would have wanted to have liked to, but I didn’t dare to allow myself to.” When the Bavarian comic Karl Valentin (1882-1948) wrote that sentence, man’s Will was in a different condition than it is today. Although they would have liked to, people at that time didn’t dare to do everything that Desire called for. Today it is different. Today, people can’t want what Desire demands quickly enough, and no one is bothered by this in the least. This is why human Will is in a bad condition today. Instead of the coachman steering the horse, Will is now sitting in the back of the coach making out, not giving the slightest thought to where the horse is going. The only thing that concerns it is how it can possibly have the most fun.

But the Will doesn’t like this: being only the servant boy to Greed and Human Appetite. Because it is actually royalty. Without Will, there would be no beginning and no end, no creation and no action. It awards the highest honor of conquering energy and matter; it releases us from the wheel of reincarnation and ends the servitude of the lower self. But in order to do that, it has to be embraced by man and its divine nature directed accordingly.

And up until now, mankind hasn’t really succeeded with this. Either we completely ignore the Will and let it become driftwood on the river of life – sometimes stranding here or there, with only one goal: to mold away in peace. Or we force the Will to a kind of slavery. In pain and with its back bent, we force it to produce whatever our little desires want to have. A Will perverted in this way rebels against its master, baulks and refuses. That is why we so often experience “willpower” as a cramp, a persevering-through-thousands-of-obstacles. The Will becomes sick when it is only focused on HAVING. Because it is by nature divine. And the nature of the divine is GIVING!

The Goal of Life

When we want to bring the meaning of willpower and its true application back on track, we first have to come to terms with the goal of life. Why are we human? Because we decided, in the gray pre-existence, to become gods and goddesses. In order to accomplish this, we had to enroll in this “Earth University” to get to know the laws of life through experience, and through experience over time to perfectly apply them, and thus, to gain mastery over energy and matter (which is just a condensed form of energy). All the stories of magicians who could transform a desert into a carpet of flowers with a mere snap of the fingers, unleash storms or make boulders as light as feathers are distorted imaginings of what humans one day actually will be able to do – things that they never actually will do, since, in order to achieve this mastery, they will first have had to become beings of perfected love who work in perfected wisdom. And that love is, of course, never complacent or sensational, does not seek to impress, and certainly does not satisfy the base curious unbeliever.

But man has set a few traps for himself along the way that haven’t made his task any easier. Once an ethereal being, today he lives in a physical body, which is easily seduced into following the way of the flesh. When we, who are spiritual beings only inhabiting the body, let this happen, we gradually and increasingly become slaves to our lower urges and desires – from food and alcoholism, all the way to sexual excess – which destroy our nervous system, darken our soul, and render us almost completely insensible to the divine impulse that sleeps in all of us. The Will, offspring of royalty, becomes a Cinderella of daily life, at the mercy of this little lost-in-moods-and-cravings, pleasure- and approval-addicted, contorted self.

A person who lets go of the reins, who, as mentioned earlier, loses himself in the coach and lets the horse run uncontrolled towards the precipice, has wasted his life. Thank God he will have many more chances, but each successive life won’t necessarily become easier, because you choose your next life by what you do in this one. He has neither felt love for himself and creation nor made an effort to gain knowledge that will help him wisely interpret life’s experiences and learn from them; and he has either criminally neglected his Will or forced it to the basest kind of slavery.

In truth, “the Will supersedes power, just as power supersedes matter. Will is closer to pure spirit than power. It is willful power, the unity of power and awareness,” writes Werner Zimmermann in his book: I Am. “It is lord and master; and matter and power desire nothing else but to serve it. Will, in comparison with power-matter, is spirit. Will gives power its goal. It assigns power its plans and directs their execution and nothing can hinder their immediate realization when the Will is pure. For power and matter are always boundlessly abundant and wait eagerly to be used. Servitude is their condition of being.

Will, power and matter are also not bound by time. They are on the other side of space, time and causality.

The Will is a truly divine activity and one that belongs to each and every person; it is our native birthright. No one can take it away. No one can stand in its way.

However, even there, there is a condition to honor: the individual has to recognize and use his Will as such, as spiritual power. If he doesn’t use it, it can’t help him. It is as if it wasn’t there. How else should the most wonderful thing be able to serve me if I despise it?”

Hostile Times for the Will

The Will hasn’t had an easy time of it these last few decades. Life has seemed too easy for people in the ‘civilized’ west. The Land of Cockaigne is not the best environment in which to let one’s Will grow wings. And where laziness, comfort, and consumption reign, Will’s power atrophies. These days, environmental stress like electro smog also makes it hard for people to take hold of their Will, because it exerts a devitalizing, numbing effect and leaves people robot-like instead of exuberant. Many people go through their day as if hanging from puppet strings; not a single decision is required of them in the day, everything is heteronomy and pre-programmed. There is a reason for that: unconscious herd animals let themselves be led anywhere without a single protest!

However, a new age has begun and, because everything starts with Will, humankind must re-learn how to work with it in the proper way. “The home of the Will is the divine,” writes Werner Zimmermann. “It can only powerfully and actively work when it can focus on its complement: the divine. There is its realm; there it is free; there it finds no defeat or failure.”

Divine Will is free from tension, spasms, and pressure in its expression. The big effort for us humans lies in committing ourselves to it. To say, “Thy will be done, Lord, not mine.” And then to recognize that this doesn’t mean, when truly lived, to willless-ly let fate play around with you as it wishes, but rather to orient ourselves according to the divine Will, to listen to it, and to realize its desire.

A Will that is expressed in this manner is freeing, vitalizing, and is deeply satisfying like no other satisfaction could ever be. It is a move from a dusty, dry daily routine into a magical land, seemingly apart from space and time, reposing in an eternal NOW, the only place in which inner happiness can exist. Because this happiness is such a delicate butterfly, the cudgel of stress and pressure squelches it; it is slogged by hectic.

There is nevertheless a sticking point in this: our inner Fido, also known as ‘Stinker’, who doesn’t want to give up his bones he has buried everywhere. Meaning: to open ourselves to the magical land of the divine-made-visible, to the kingdom of the divine Will, requires a struggle with the many little ‘rats’ hidden within us, who feast on our skeletons in the closets and who avoid the light of day. It requires an effort of the Will to take the broom in hand, go down, and chase out the dirty beasts, to clean out the basement, open the window, and to let the fresh breeze of a new day blow in.

And that is uncomfortable. Sometimes even scary. It seems like a wild goose chase to those who are comfortable and lazy, since the reward comes later and not right away and tasting like their favorite ice cream. So it has to do with taking control over the whims of our so-called lower bodies, to which, in addition to the visible physical, also the invisible vehicle of our feeling and thought bodies belong. It has to do with the struggle between the higher, divine aspects in us and the lower, too-human aspects, which the Apostle Paul so clearly describes: “For the good that I would, I do not: but the evil which I would not, that I do.” (Romans 7:18)

The person who is able to reverse this to “the good that I would, I do; and the evil which I would not, I do not,” finds himself on the “Highway to Freedom” – the fast track to true, inner freedom. If we are able to gain mastery over our lower desires through the application of divine willpower, and, in this way, to clean and enlighten our thoughts and feelings, and we are also able to free ourselves from the slavery of physical greed and instead to take all things that are good for us in moderation, then our current incarnation will be successful and will bring better conditions in the next incarnation. If we do not, then this life was only one more wasted lifetime in which we increased the karmic burden on our shoulders that we have to continue to carry.

End of extract „On the Magic of Willpower“

The full article outlines the advice given by the great Enlightened One and spiritual teacher Yogananda to become truly creative and successfully make use of your willpower in a crisis – and how this willpower eventually becomes divine. Find the entire article in Facts are Facts print edition no.3.