The food we eat changes our genes

New evidence has emerged this week that supports the idea that nutrition can cause—and reverse—most diseases. 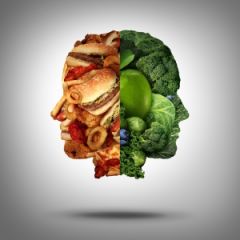 The Food we eat affects our Genes.

Scientists have discovered that almost all of our genes are affected by the food we eat, and change according to the nutrients that are available to them.

The biochemical reactions in our genes are determined by the sugars, amino acids, fatty acids and vitamins that are part of our diet, an international team of researchers from the University of Cambridge and the Francis Crick Institute have discovered.

The current medical model is built on the assumption that genes play a significant part in disease, but the researchers have discovered a stage before that—how we feed our genes. Although scientists have known about a connection between diet and genetic behaviour, the new research has discovered that food plays a more significant part than suspected, and that up to 90 per cent of our genes are affected.

It was also thought that genes control the way nutrients are broken down, but the new research has discovered the opposite is also true: the way the nutrients break down affects the behaviour of genes.

“Nearly all of a cell’s genes are influenced by changes to the nutrients they have access to. In fact, in many cases the effects were so strong that changing a cells’ metabolic profile could make some of its genes behave in a completely different manner,” said lead researcher Markus Ralser.m

Published in the categories Health • Science