People who believe that bad karma or God’s punishment is the cause of their illness suffer more pain and have worse symptoms. 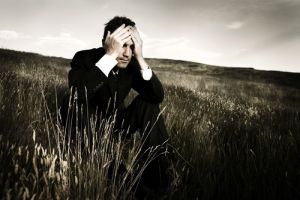 People who believe that bad karma or God’s punishment is the cause of their illness suffer more pain and have worse symptoms.

The phenomenon has been seen across a range of diseases, including cancer, mental problems and chronic pain. Although religious and spiritual beliefs have a positive impact on health and wellbeing, anyone who has even a slightly negative attitude suffers worse health.

Negative spiritual beliefs can include feeling punished or abandoned by a higher power, or believing in bad karma. Researchers from the University of Missouri made the discovery when they analysed the spiritual beliefs of 200 people who were either suffering from some chronic health condition, including cancer, traumatic brain injuries and chronic pain, or were in good health.

Those who had negative spiritual beliefs suffered ‘significantly’ worse pain and physical and mental symptoms than others who had only positive beliefs, such as God always loved them and forgave their shortcomings.

Teaching positive spirituality could have a big impact on disease and pain control, the researchers said.